A life size statue of Chris Moon watches over Cherry Field. These are members of his platoon. (Andy Morales/AZPreps365.com)

I find myself sitting at my computer day after day trying to keep up with the ever-changing times we live in and it gets more difficult every day. There are times when it’s depressing and times when the news is uplifting. I usually take a glance at my calendar to see what games I can watch that night and what tournaments are coming up but I’ve given up on that. There are times when I don’t even know what day it is.

Some will not agree, but I feel every game is important. Every game has meaning whether it’s a region game on a Monday night in March or a playoff game in May. The hype surrounding a playoff game is greater, but only a few teams will experience it and thousands of athletes can only dream of it, but every athlete knows what it’s like to compete. This spring, some of the most powerful dynasties in the state are in the same position as teams struggling to field a team. Every game is important.

Here are the AIA sanctioned tournaments from Southern Arizona that were cancelled for baseball, beach volleyball, golf, softball, tennis, track and field and volleyball:

I’ve covered most of these invitationals multiple times over the last dozen years or so, from when I paid my own way in and shot photos through a fence, to today. Well, not today. Not yesterday. 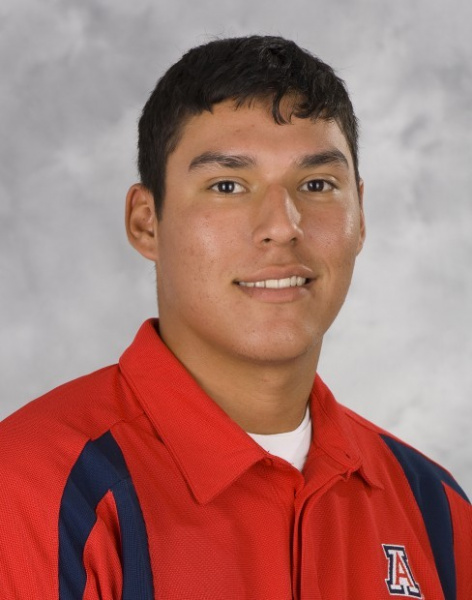 My heart will always be with the Chris Moon Memorial Invitational held at Cherry Field.

I’ve met lots of people through tragedy and my mind often drifts to the famous line from British poet Alfred Lord Tennyson: “’Tis better to have loved and lost than never to have loved at all.”

I’m not so sure if that’s always true. Chris Moon graduated from Tucson High in 2006, two years before I started watching high school sports that didn’t involve my own children. I never met his parents, Marsha and Brian in those better times. I was never able to walk up and ask how his pitching was that day. I met them at a memorial held for their son at Cherry Field after he was killed in war. A hero.

I wish I never had to meet them. It would have been better because that would have meant he was alive. But my regrets are minuscule compared to the losses suffered from his family and his parents.

If you have the chance, read Brian Mockenhaupt’s first-hand account of how Chris Moon died while fighting in the Arghandab Valley in 2010 (The Last Patrol/The Atlantic/Nov. 2010). It’s a very difficult read but a must if you want to get to know a true American hero even better. You see, the media reports had the story wrong. Moon did not merely “step on an IED on a roadside” – he was targeted..

Specialist Moon was a successful sniper in what his platoon called “The Devil’s Playground:”

“A thunderclap rocked the tree line, and the concussion punched our ears and rolled through our chests. Beside us, along the canal, a cloud of smoke and dirt billowed 100 feet into the air, far above the trees, against a cloudless blue sky. “IED! IED! IED!” a soldier barked over the radio. Knollinger, leading the element along the road, ran into the field between the road and the canal, toward the explosion, yelling into the hand mike clipped to his vest. “I need a sitrep! I need a sitrep!” Soldiers answered, one by one, save for the two snipers with the patrol. “Viper 4,” Knollinger said. “Are you okay? Viper 4!” Sgt. Christopher Rush responded, dazed, his voice slow. “No, I’m not okay.” Beside him, his partner, Specialist Christopher Moon, lay in a crater five feet wide and two feet deep, his legs missing. The triggerman, hidden in the pomegranate orchard, had blown the bomb under Moon, the last man. Gerhart was 75 feet ahead on the canal trail. He ran back, past a few soldiers who had been knocked to the ground, uninjured. He knelt beside Moon, 20 years old, a high-school baseball star who had been courted by the Atlanta Braves, but had chosen the Army. I’d met Moon the day before, atop an earthen barrier beside Guard Tower 2 at the combat outpost, where he had squatted on two ammunition cans and barely moved, perched like a monk for a two-hour stretch. He rested his rifle on an iron beam and watched a compound a half mile south. He’d killed two fighters there earlier, as good at sniping as he’d been at baseball.”

Moon would eventually succumb to his injuries a few days later on July 13, 2010 at the US Army Medical Center in Landstuhl, Germany while his parents were on a plane to bring him home.

Chris Moon changed the way I write about sports figures. Heroes don’t hit balls over fences. There is no “adversity” on a baseball diamond.

Moon was drafted by the Atlanta Braves in 2007 and he went unsigned. Instead, the consensus Southern Arizona 2007 High School Player of the Year signed up with Andy Lopez and the University of Arizona and he took part in fall drills and competition. But Moon did not feel comfortable in his role as a star athlete when he felt his true calling was to serve his country.

That group of freshmen that he left behind went on to win a national championship but he never really left them.

Like Pat Tillman, Moon gave up a promising future in a game played by boys for a chance to stand on an “earthen barrier” somewhere as a “last man” in a country far away with a rifle in his hands where a bat used to be.

The world needs more heroes like Tillman and Moon. 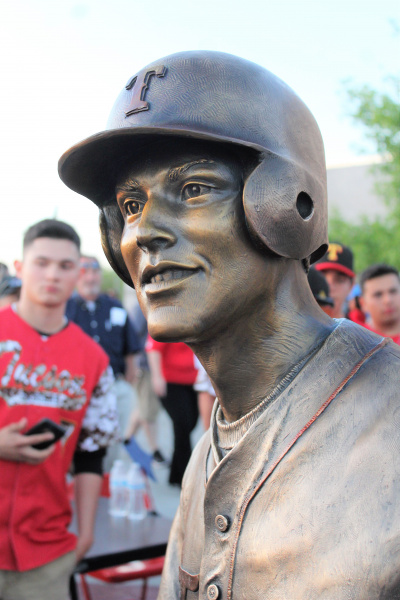 All of those awards, ribbons and flags handed out to heroes and their parents paved the way for championship trophies given out to athletes.

A statue honoring Chris Moon was unveiled at Cherry Field in March of 2017, high above the baseball and softball diamonds, where he will always be keeping watch. He will forever be the last man, making sure we are safe.

My words about Chris Moon are engraved on the side of the monument and I am forever honored.

The Moon family paid a price much too high and it’s a debt we can never repay. We can only attempt to repay that debt by offering our gratitude. And, in a very real way, their sacrifice is honored every time a 3-year-old takes a swing at a t-ball, every time a song is sung in a softball dugout or chatter is heard on a baseball field.

Oh, how I miss the songs and chatter. 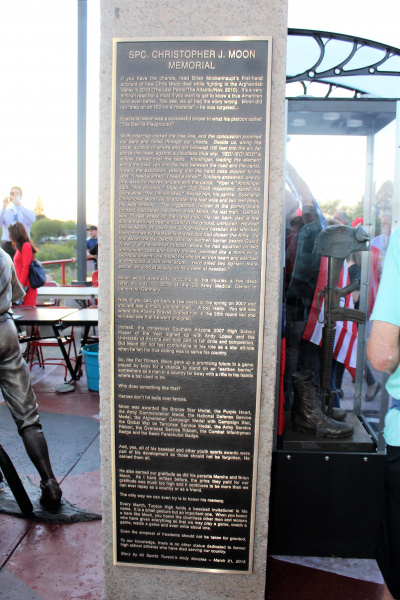