Cienega over Marana in another epic 5-set battle

Things can stay the same or things can change. When you play a game under the cloud of COVID-19, sometimes things will not rearrange. For the third time in a year, a volleyball match between Cienega and Marana went five sets and that is something we’ve come to expect.

Cienega beat Marana 3-2 Monday night to open of the fall season for both squads and the script played out almost exactly like it did last year when the two teams split epic matches that went the distance.

Though the result might have been similar to last year, a roster would have been handy to know the players on the court. Ashley Robinson, Kristin Piorkowski, Jaymeson Hardin, Taylor Milbourn and Olivia McFarland are no longer with the Bobcats and the Tigers graduated Grace Ehler, Ella Dotson, Kaylee Moseley, Aubrey Oldham and Emelia Stueck. Still, there were standouts ready to take the spotlight.

The Bobcats gave up a 5-set loss to Marana at the Chandler Prep Invitational last October after taking a set lead in the match but the team from Vail held on three weeks later as the season was coming to an end after giving up a 2-0 lead and that is exactly how things went Monday night in Marana. 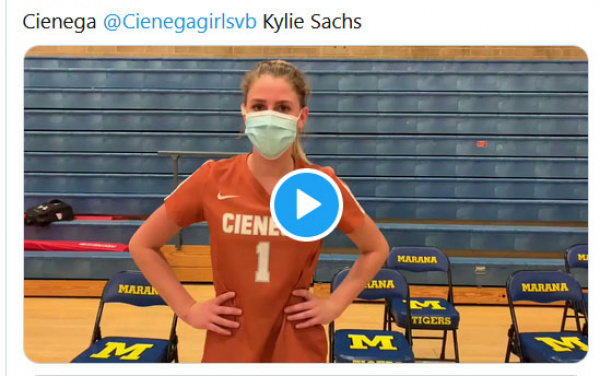 Cienega cruised to a 25-16 win in the first set but the Tigers forced even play in the second set only to see Cienega pull away in the final moments, taking a 21-20 lead to a 25-21 victory with each team scoring their last points on service errors.

The combination of Hannah Morris to Kylie Sachs was a major factor for the Bobcats with Morris finishing with 23 assists and Sachs putting away a dozen of those but Sierra Mills and Dalia Haase started to heat up in the third set to take it 25-19 and the fourth 25-15 to tie things up 2-2.

Haase finished with 11 kills and six blocks with Morris coming away with 16 assists. But there was plenty of skill all round with Zoey Slivka adding nine assists for the Tigers and Ryan Muskiet collecting six kills for the Bobcats and Mariah Etchart adding five more.

The deciding set went back and forth early on until Cienega slowly pulled away from a 6-6 tie to go up 14-9 but back-to-back kills from Haase and an ace from Mills cut the lead down to 14-12. Then, Morris found Gabby Lambert in the middle for the 15-12 clincher. 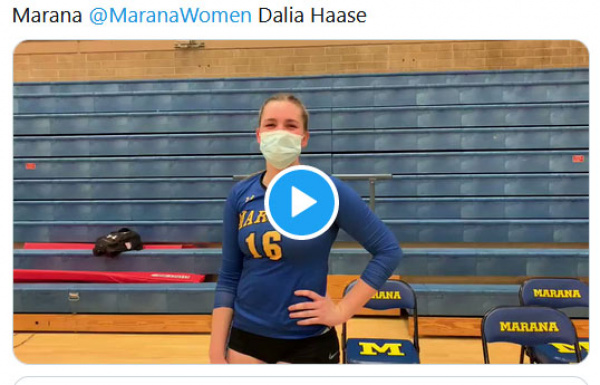 Both teams struggled a bit but, at the same time, both teams showed signs of coming together despite missing a dozen or so matches and weeks of practice to pandemic concerns with Jenifer Ball taking the lead for Marana and Heather Mott with Cienega. Superior talent is openly displayed with superior coaching and young talent thrives under the same conditions, with each team not knowing when the last match of the year might come.

Marana announced and recognized the seniors for both teams prior to the match to the parents watching in the legendary gymnasium in an effort to give them that moment, a moment that was denied some seniors last spring when the season was cut short.