No. 1 Benson ends regular season undefeated at 6-0 with big win over Willcox

Benson finished the regular season undefeated after beating Willcox 42-0 Friday night for the first time since the Bobcats went 13-0 to start off the 2015 season. That team went on to lose to Joy Christian in the D-V state championship game to end the win streak. That team also earned the top seed in the state playoffs and this version is headed in that direction also. 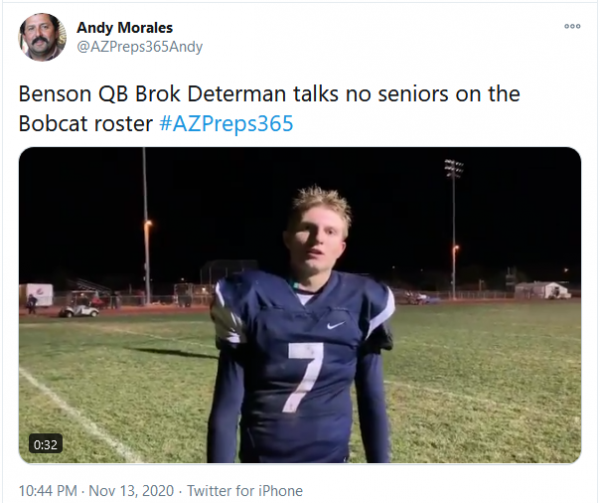 On paper, Benson and Willcox have battled it out since 1950 with the Cowboys leading the rivalry 38-30-2 but Benson has now won the last nine in a row to keep control of the Seney-Lohman Trophy.  That trophy has been passed back and forth between the two teams since the 1960s.

There are no seniors on the Bobcats sidelines this year and the 14 juniors look to be tough in the playoffs and again next year.

For Willcox, Ote Allsup took second at the state wrestling tournament last year and he was the force for the Cowboys on the gridiron with 84 yards on 21 carries. Sophomore QB Ayden Fuentes had 50 yards rushing and fellow sophomore Cristian Pando finished with 27 yards.

In the 2A Conference, teams had to play at least three games with the five region champions earning an automatic berth to the Play-In Tournament. 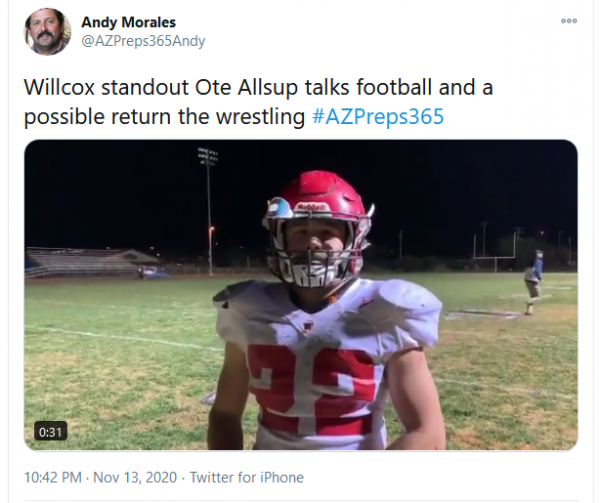