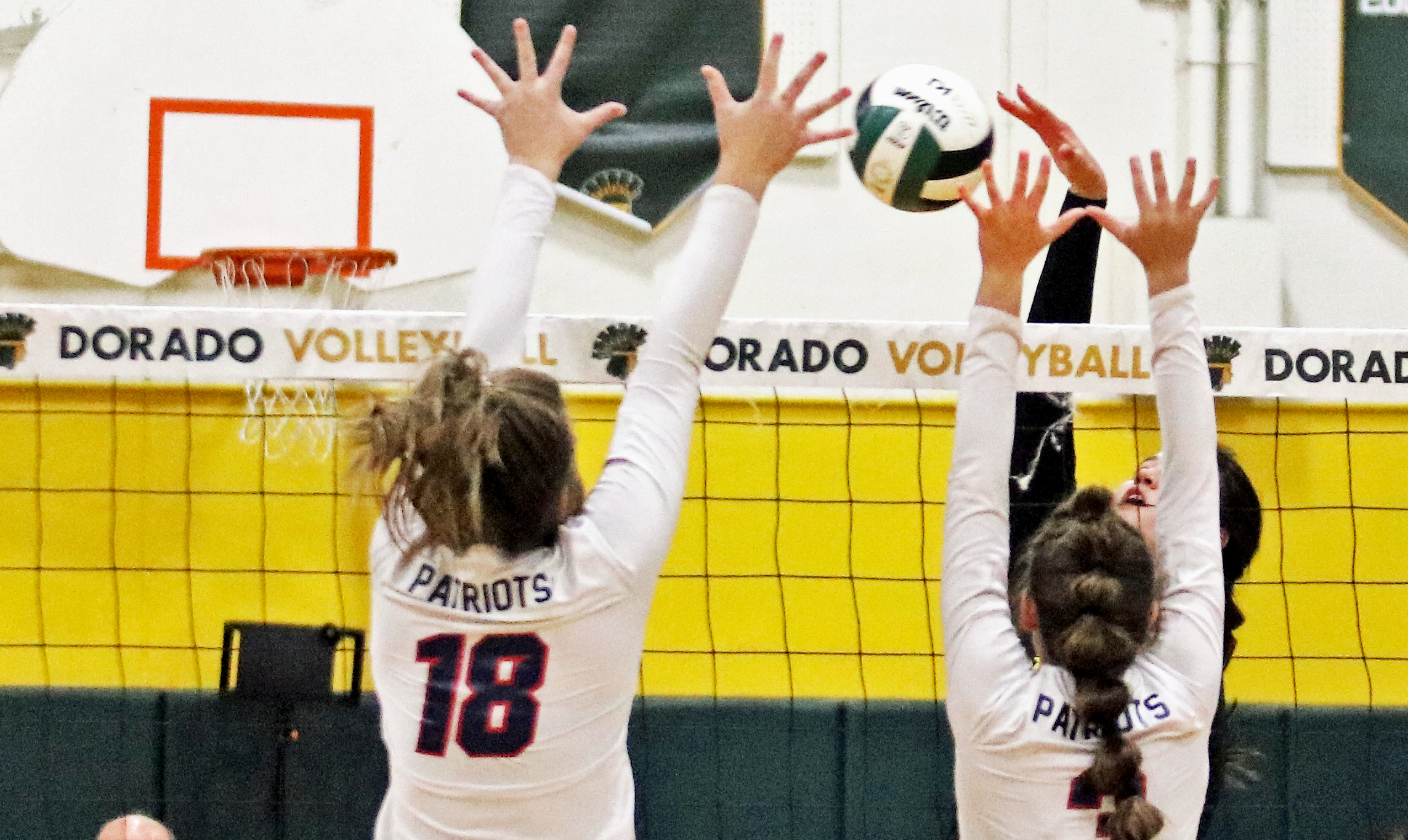 American Leadership Academy Queen Creek's JoJo Minzey (18) and Sage Matheny go up for a block during the first round 4A game. (Andy Morales/AZPreps365)

The deciding set in the 4A first round tilt held in Oro Valley Saturday night played out much like the rest of the match with the Dorados jumping out to 6-2 lead only to see the Patriots go on an 8-1 run to take control.

Up 10-7, thanks mostly to a couple of aces from Azure McOmber that seemingly broke the Dorados' spirit, Katie Call found Alina Nuñez and then a block from Abby Whatton tied things up again only to see the Patriots go back up 13-10. The Patriots went up 14-12 but Nuñez turned back the first Patriot match-point with a stop at the net and then Call hit Whatton to hold ALA-QC back once again.

The Dorados went up 15-14 but Sage Matheny scored to tie things back up and then McOmber came up with a block to put the Patriots back up 16-15. McOmber then put down the final point to send the Patriots to the quarterfinal round, where the team will face No. 2 Salpointe (15-2) on Tuesday night.

ALA-Queen Creek (10-4) moved up from the 3A Conference, where the team fell in the play-in round two out of the last three years. The program made the state tournament twice before but the win at Canyon del Oro (10-3) was the first playoff victory for the Patriots.

The Lancers will be a tough test in the quarterfinals, but it’s almost like the Patriots are now playing with nothing to lose.

That pretty much summed up a first set in which the Dorados built a 19-15 lead only to see ALA-Queen Creek come alive and take the set 26-24. Canyon del Oro responded to the letdown by running out to a commanding 13-2 lead in the second set thanks to the service of senior Emma Guzman.

This was the third consecutive year that the Dorados reached the state playoffs. It will say goodbye to Call, who finished the match with 43 assists and spread the wealth evenly, with Whatton (12 kills), Nuñez (9 kills), Morgan Hains (8 kills), Sasha Ross (6 kills) and Anissa El-Ali (5 kills) taking advantage.

Ross played her last match as did Isabella Coulter and Kaitlyn Bennett.

For the Patriots, Matheny had 21 assists with McOmber putting down 11 kills. Tatum Matheny (5 kills) and Izzy Wagner (5 kills) came up big. Avery Anderson had four kills but she was a force at the net with several timely blocks and stops.

The team only has two seniors in Ava Finder and Shelby Drury. 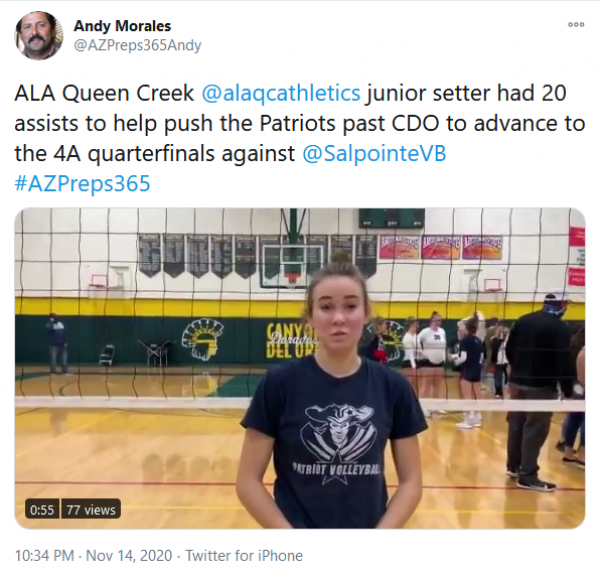