No. 2 Salpointe advances to semifinal round with 3-0 win over No. 10 ALA-QC 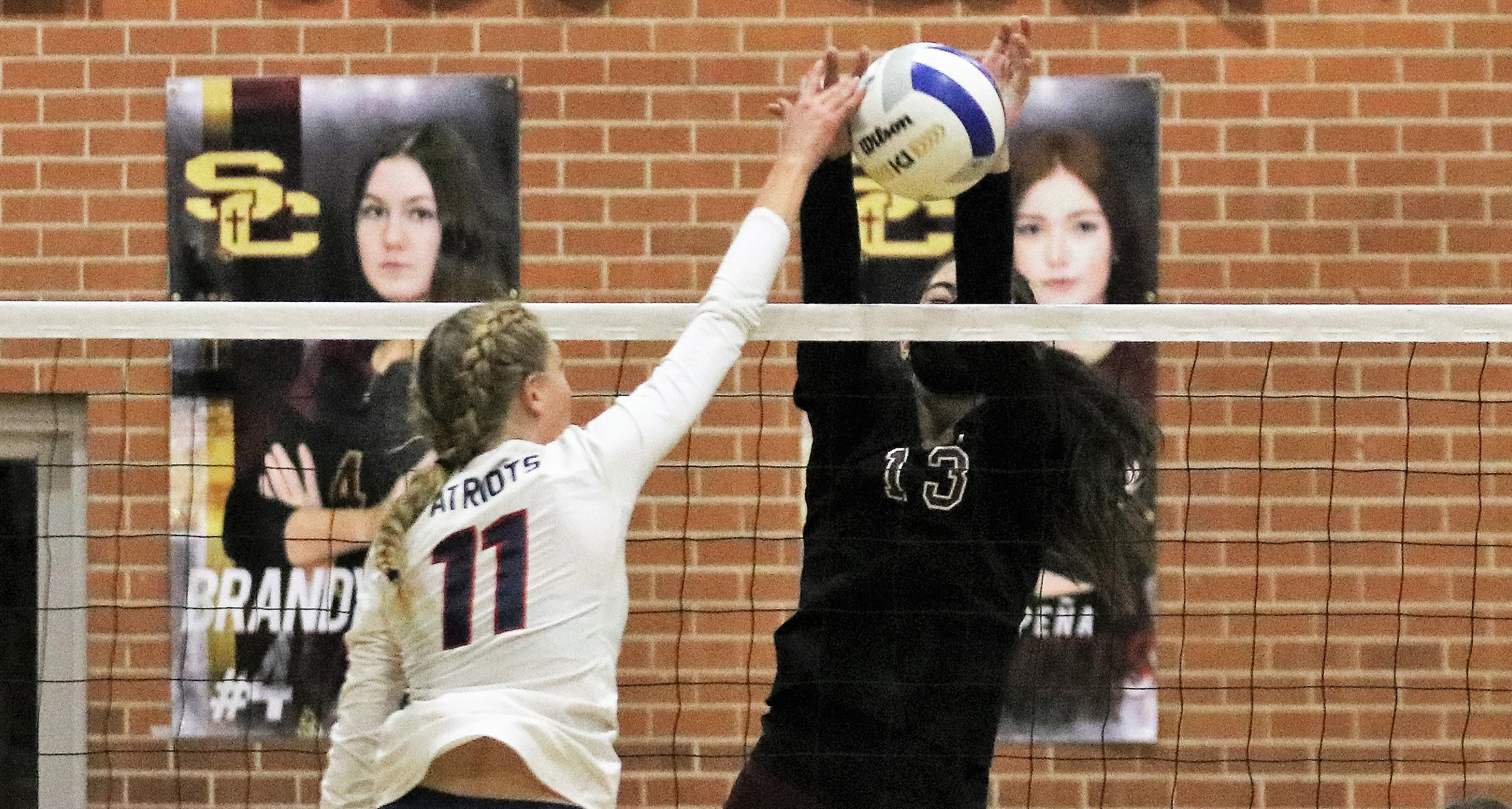 The Salpointe Lancers advance to their fourth semifinal appearance in the last five years by beating American Leadership Academy-Queen Creek 3-0 Tuesday night at home. No. 2 Salpointe (16-2) will host the semifinal match against No. 6 Flagstaff (14-3) on Thursday night at 6:30 p.m. This will be the first match of the season between the Eagles and the Lancers.

The Patriots of ALA-Queen Creek finished the year with an 11-5 record and it’s a mark that includes the first conference play-in victory in program history and the first state playoff victory when the Patriots outlasted Canyon del Oro in five sets in the opening round on Saturday.

The Lancers cruised to a 25-10 win in the first set and then followed that up with a somewhat closer 25-15 victory to go up 2-0 but the third set proved much more difficult with the Patriots holding a lead for the first time in the match.

ALA-Queen Creek built an early 4-1 lead over the Lancers and that lead held up until sophomore Francesca Pieroni put down a shot to put the Lancers up 9-8. Patriot junior outside Azure McOmber gave her team the lead back at 13-12 with a block but that was the last lead the team would hold. 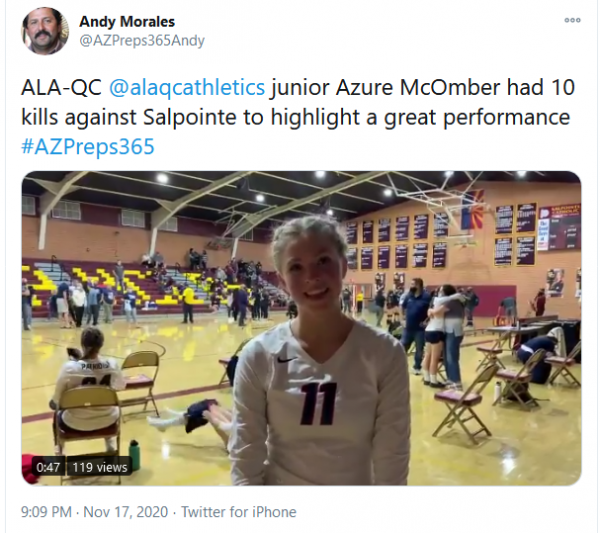 Salpointe senior Andrea Owen came alive with three straight kills, junior Meena Moore added another and Owens scored again and the Lancers were looking at 17-13 lead. Patriot senior middle Shelby Drury stalled the Lancer offense with a score but two more kills from Owens and an ace from senior Bianca DeVitis seemingly put the set out of reach at 20-14.

McOmber cut the lead down to 20-15 and junior Leah Palomares started another run to put the Lancers up 23-15 but a service error, a block from sophomore Izzy Wagner, an ace from McOmber and a kill from junior Tatum Matheny help spark a run that cut the Lancer lead down to 23-21.

Owens settled her team down with a score but another service error made it 24-22. The Patriots failed to return the next volley and Salpointe took the deciding set 25-22 to pull out the 3-0 sweep.

The Patriots lose two seniors in Drury and Ava Finder so they look to be back in the mix next year. McOmber had 10 kills to lead the Patriots.

For Salpointe, Owens had 18 kills with Brandy Kishbaugh dishing out 29 assists. The Lancers won the 2016 and 2017 state championships and then took second in 2018 but a 3-1 upset to No. 12 Youngker in the first round last year was a cause for concern especially with COVID-19 threatening to stop the team this year. Instead, the team regrouped and played any team they could find until the rest of the Southern Arizona teams came on board and that included two matches against 1A playoff team Desert Christian.

The team started out 7-0 and then dropped an epic 5-set match at No. 4 Seton Catholic. Salpointe went on to win four more but that streak was interrupted by a 3-0 loss at No. 1 Notre Dame Prep in late October. Now, the team is facing No. 6 Flagstaff in the semifinal round. The Eagles lost 3-2 to Notre Dame Prep two weeks ago but that loss sparked four straight wins including a 3-2 win at Seton Catholic and a 3-2 upset over No. 3 Deer Valley in the quarterfinal round.

No. 4 Seton Catholic (14-2) is visiting No. 1 Notre Dame Prep (16-0) in the other 4A semifinal match set for Thursday night. The Saints competed in the 5A Conference last year. 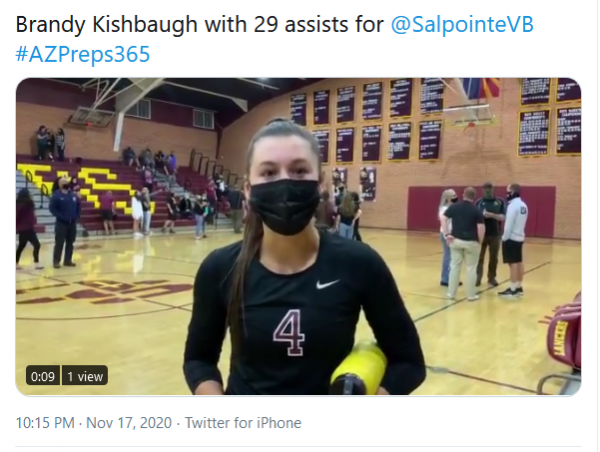