Salpointe over Flagstaff 3-0; The Lancers are making their fourth trip to the finals since 2016 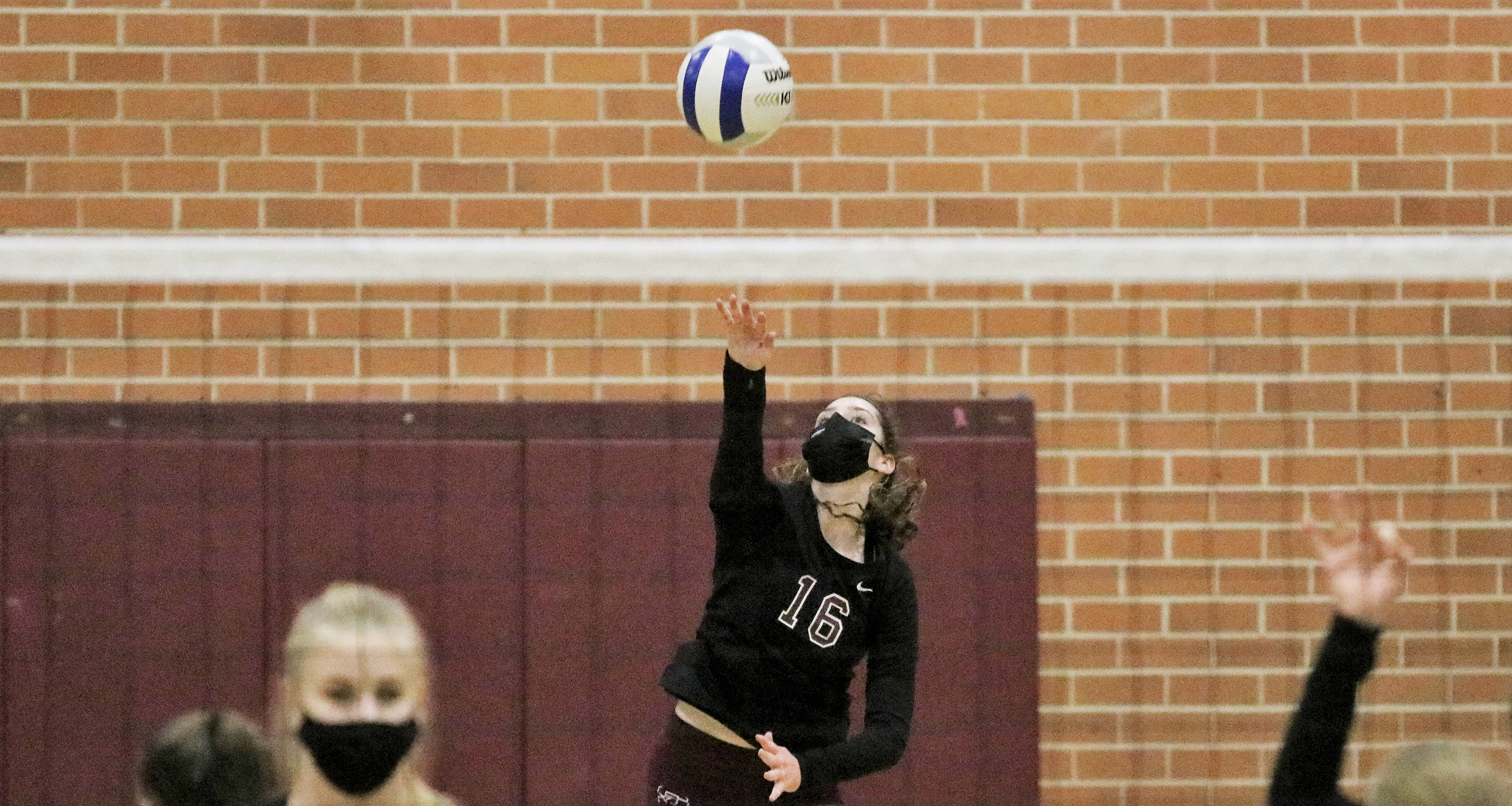 No. 2 Salpointe beat No. 6 Flagstaff 3-0 Thursday night at home to advance to the 4A Conference state championship match set for Saturday against top-seeded Notre Dame Prep (17-0). The Saints knocked off No. 4 Seton Catholic 3-0 in the other semifinal match to set up the state final to be played at Mesquite High School in Gilbert at 11 a.m.

Salpointe improved to 17-2 on the year with the win and Flagstaff ended with a 14-3 record. The Eagles took care of No. 11 Coconino 3-0 in the first round and an epic 5-set match upset quarterfinal victory at No. 3 Deer Valley sent the team to their third straight semifinal appearance under longtime head coach Beth Haglin. 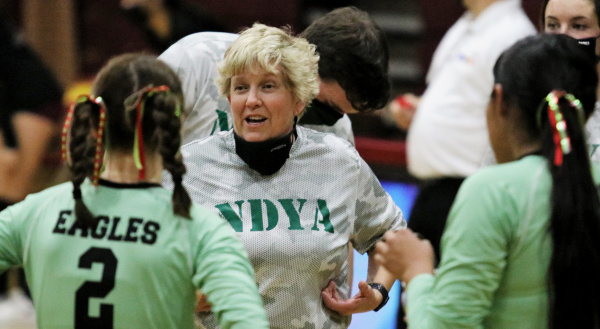 Haglin guided the Eagles to back-to-back state titles in 2012 and 2013 and she came up against another legend in Lancer head coach Heather Moore-Martin. Moore-Martin led the Lancers to back-to-back state championships in 2016 and 2017 and this will be the fourth state final appearance for the Lancers since that 2016 season with a runner-up finish in 2018 being the third trip in the sequence.

Down 2-0 to Salpointe, the Eagles were counting on another shot at a 5-set battle but the Lancers kept coming at the net and the Eagles went down 24-15 and things looked hopeless but a kill from junior Lauren Hagerman was followed by a score from senior Alyssa Prager and then senior Ainsley Thomas ended a long volley with another score to cut the Lancer lead down to 24-18 but living on the edge was a difficult path to maintain and junior Emma Hugeback took a Brandy Kishbaugh offering off the left side for the 25-18 victory.

Hugeback came up big in the first set with the Eagles seemingly in control with Gracelyn Nez putting down three scores to put Flagstaff up 7-5 but a service error was followed by three straight aces by Hugeback and momentum switched to the Lancers. Sophomore Francesca Pieroni put down two quick scores, a block from Meena Moore added to the streak, two more blocks from senior standout Andrea Owens came next and then two kills from Owens ended a run that vaulted the team to an 18-12 lead. 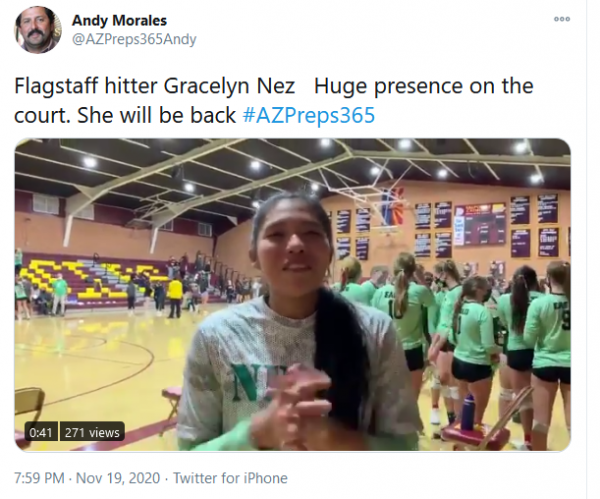 Nez scored three more times down the stretch to cut the lead down to 21-17 but Salpointe took the first set 25-19. The Eagles were unable to set up any kind of attack in the second set and Salpointe took complete advantage with Bianca DeVitis pulling out defensive stops (16 digs) to take the set 25-8. Kishbaugh ended with 27 kills with Owens putting down a dozen of those. Unofficially, Nez had a match-high 14 kills.

Notre Dame won a state title in 2007 and 2015 with the last coming under former head coach Sara Fox. Holly McLean is in her second year with the Saints and she help guide Notre Dame to the 5A semifinals last fall and she followed that up with a shot at the 4A title after the program was reconfigured to the 4A Conference. The Saints beat Salpointe 3-0 (25-18, 25-13, 25-14) at home on Oct. 29 to help keep the team undefeated and the Eagles took the Saints to five sets a few days after the Salpointe victory. 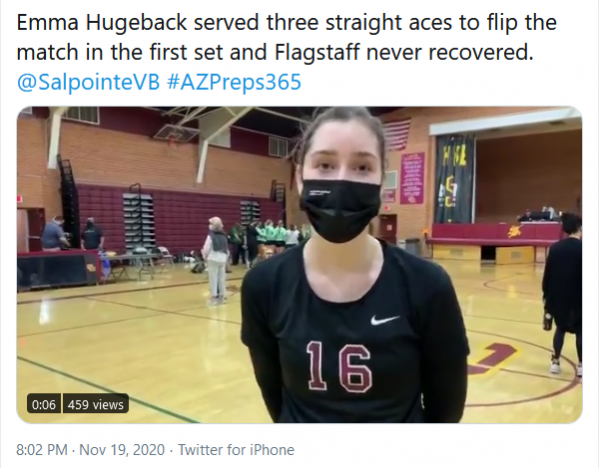