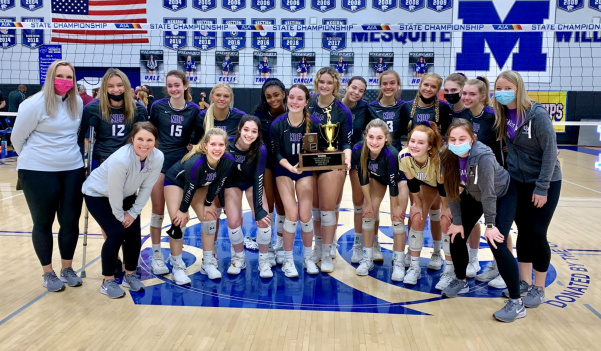 Salpointe knocked off top-seeded Notre Dame Prep in five sets to capture the 4A championship played Saturday afternoon at Mesquite High School in Gilbert. Ranked No. 2 in the conference, Salpointe (18-2) also ended a five-match losing streak to the Saints dating back to 2014 when both programs were on the rise.

The Saints swept the Lancers in the state playoffs in 2014 and 2015 with the 2015 victory coming in the semifinal round en route to a state title for Notre Dame Prep. The Saints moved up to the 5A Conference in 2016 but the wins over the Lancers kept coming with regular season 3-2 victories in 2016 and 2017.

But the Lancers went on to win back-to-back state championships in both of those campaigns.

The two programs did not meet again until the Saints were reconfigured back to the 4A level once again this fall.

Notre Dame Prep entered the state final with an unblemished 17-0 record with one of those victories coming at the expense of Salpointe in late October. That sweep looked rather easy on paper but that’s why the matches are played.

The Saints were coming off a 3-0 sweep over No. 4 Seton Catholic and the Lancers took care of No. 6 Flagstaff in similar fashion to set up the state final. 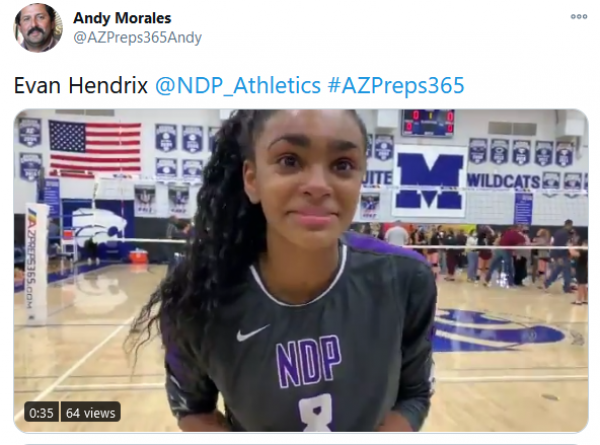 Salpointe led the whole way in the first set and the team eventually built a 20-14 lead but Notre Dame senior setter Denae Pitts hit four different teammates and dumped one score off to help cut the lead down to 23-22. But that sequence also included a couple of services errors by the Saints and Salpointe’s equally impressive senior setter Brandy Kishbaugh fed So. Francesca Pieroni twice down the stretch for the 25-22 win.

It was the first set the Saints had given up since Flagstaff took the team to five sets on Nov. 3, and the program regrouped quickly and it showed with a 12-1 lead in the second set. Kishbaugh and Sr. hitter Andrea Owens started to get going again and the Lancers were able to cut the deficit down to 18-13 but Pitts hit Fr. outside Evan Hendrix three times down the stretch and Sr. Emily Brummer ended it for the 25-15 win to tie the match up 1-1.

The third set went back and forth with Owens knotting things up 22-22 but Pitts dumped another ball over and So. Kennedy Graninger came up with a block to give the Saints a 24-22 lead but back-to-back blocks from Owens made it 24-24. Pitts scored again and then Hendrix served an ace for the 26-24 win. In all, Pitts scored six times in the set on impressive deceptive dumps. 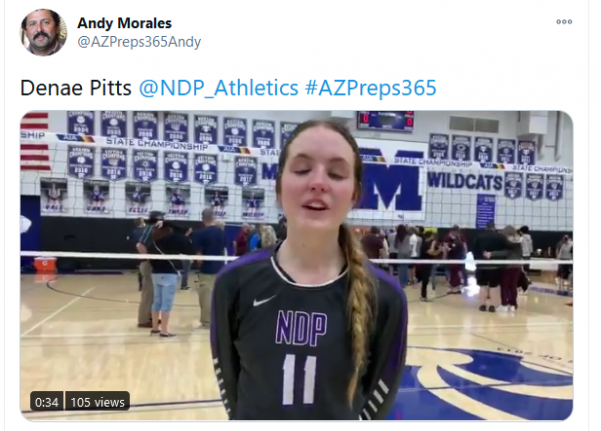 Down 2-1, the Lancers took their first lead in the fourth set at 14-13 and the Saints were unable to get it back with both teams trading scores until Salpointe went up 23-18 on a service error. Sr. Kandace Kramer came up with two blocks and So. Alexandra Alessio served up an ace to keep the Saints in it but Salpointe pulled out the win 25-21 to send the match to a deciding fifth set.

Notre Dame Prep took an 8-7 lead in the final set but Kishbaugh came up with a block and she found Owens on the sequence to give the Lancers the lead for good at 9-8. Hendrix scored twice in the final moments but Jr. Emma Hugeback came up big with three kills and Jr. Leah Palomares ended a lengthy rally with a tap over the frontline for the 15-11 win and a 3-2 state championship for the Lancers.

Kishbaugh ended her career with 44 assists and Owens moves on to the next level with 27 kills in her final match. Sr. Bianca DeVitis held the vaunted Saints attack at bay with 27 digs. Owens and Pieroni collected five blocks each. For Notre Dame Prep, Hendrix had an unofficial 19 kills and Pitts had 41 assists.

The championship was the third for Salpointe head coach Heather Moore-Martin and it tied her with former Sahuaro coach Pauline Jordan on the Southern Arizona list for big schools. Moore-Martin also coached the Catalina boys to two state championships, giving her five combined titles. Second-year head coach Holly McLean led her team to a 5A semifinal finish in 2019 before finishing with an impressive 17-1 record this year. 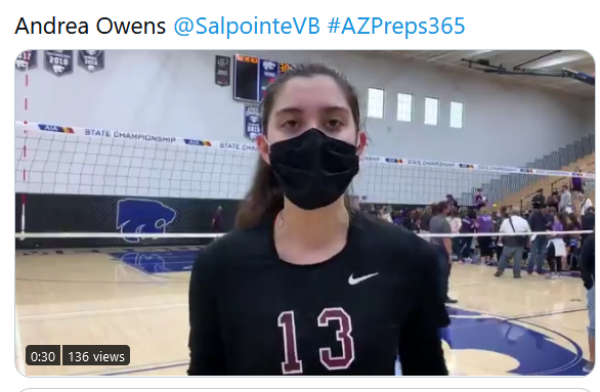