Arcadia beach volleyball coming into the season with confidence 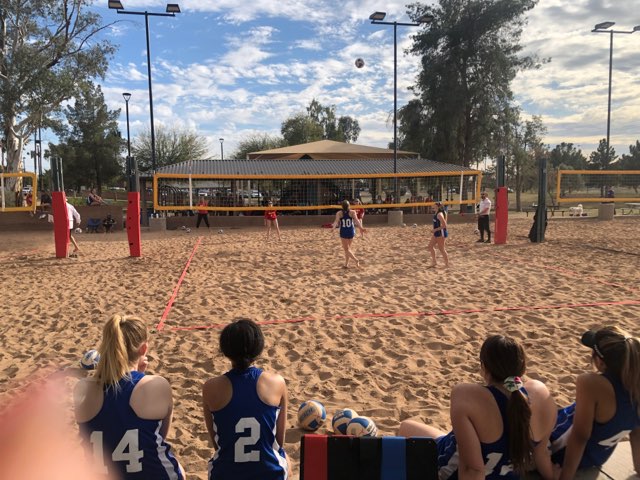 Arcadia beach volleyball is looking to build on its momentum coming from the indoor season.

The Titans finished in the final four for the first time in over eight years during this year's indoor season.

The team believes it can build off of that season and continue to develop and grow.

“I think a lot of our girls are focusing on beach,” said coach Jacquelyn Bunker. “And I really think that’s what will make the difference. They end indoor and train for beach right away.”

Beach volleyball has two players instead of five. This changes the dynamics of how the game is played.

But stamina will not hold them back this season as sand-oriented drills are incorporated to help prepare the team.

Minor differences make major differences on game day. During an indoor volleyball match, coaches are allowed to make subs and communicate with the team during the match.

In beach volleyball, both substitutions and the coach’s communication are both prohibited.

Bunker has altered her strategies because of the rules.

“It's not always about who is the best athlete. You have to have players get along who can pass and hit well together,” said Bunker. “And everyone also needs to be able to set something that may not be required in the indoor game”.

While winning is important, the Titans are also excited to see each other's development throughout the season.

“I love playing beach because I can see all the girls improve,” Bugg said.

The Titan’s begin their journey with their first match scheduled to be March 26 against Fountain Hills.