Salpointe over Sabino in a battle of top seeds 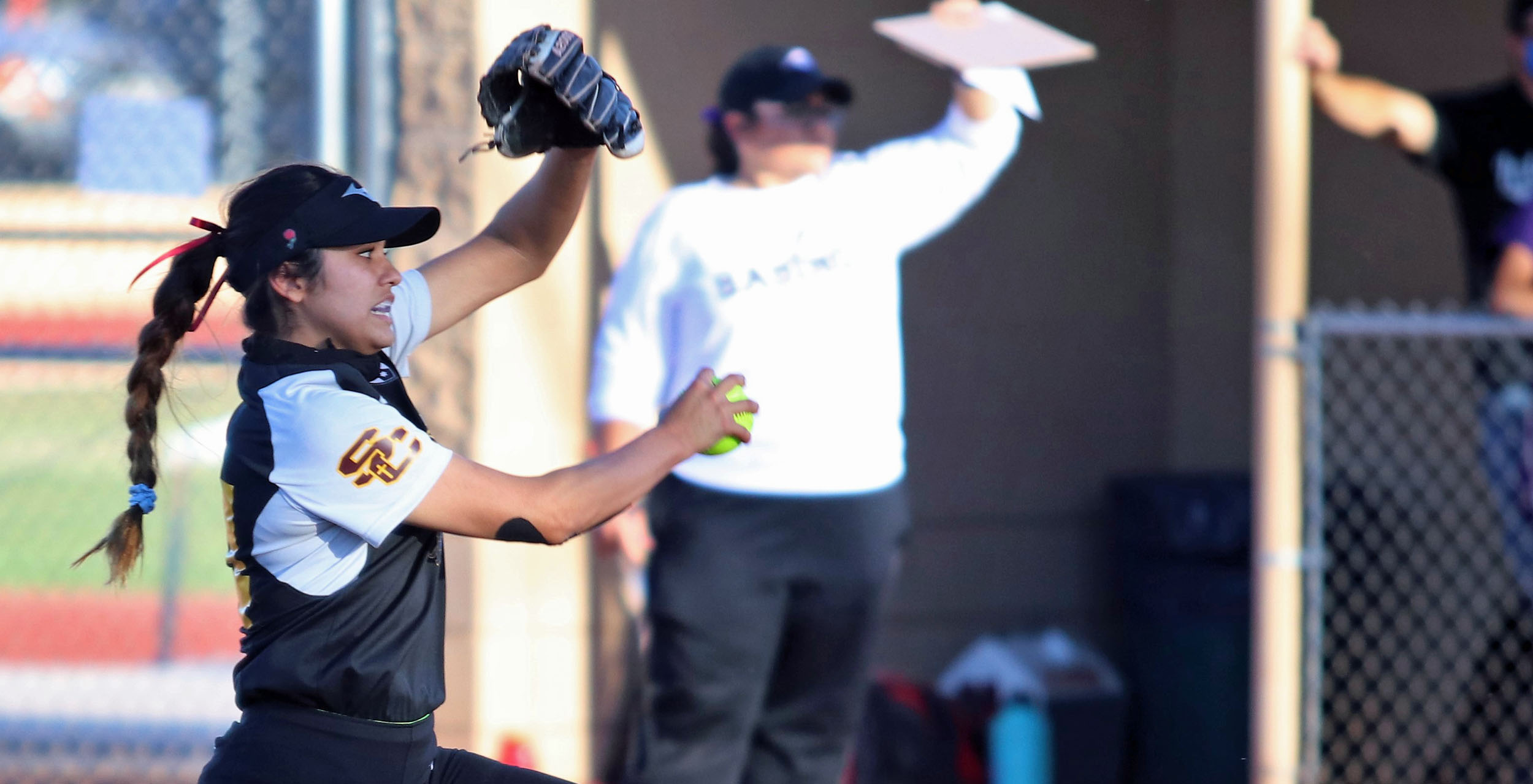 We can go back and take a look at April 22 if the Salpointe Lancers go on to win their third state championship in a row. Salpointe (18-0) held on to beat 4A Conference and Kino Region rival Canyon del Oro 5-4 that day in a game that went the distance with the Lancers picking up the final out on a line drive with a Dorado standing at second base in the bottom half of the seventh inning. It was the beginning of a string of victories against some of the top teams in the state including a 10-0 win over 3A power Sabino (16-1) Friday night at home.

Salpointe clinched the Kino Region title in that win over the Dorados but the victory also solidified a top-ranking by defeating a team ranked in the top four of the 4A Conference. A 17-0 win over Nogales followed but that game turned out to be batting practice for what came next. The Lancers took out the No. 2 team in the conference with a 4-0 win over Vista Grande and then run-ruled 5A power Cienega 10-0 before taking out the top-ranked team in the 3A ranks in Sabino.

Sabino standout Riley Nielson leads her team in RBI and home runs and she has a 13-1 record in the circle. #azpreps365 pic.twitter.com/CKkbYf68eN

The Sabercats came in with a 16-0 record and an automatic playoff berth based on an undefeated 10-0 run through the 3A South Region. The game at upper-division Salpointe had no real bearing on the Sabercats either way but it served notice that Salpointe was as solid as a “big school” team could be considering how good the Sabercats really are.

Sabino won the 3A state championship in 2019 and Salpointe took the 2018 and 2019 titles at the 4A level. They both came in as the favorites to repeat and with good reason. The Sabercats are led by several standouts in including junior Riley Nielson. Nielson is batting .481 with a team-high 25 hits, 22 RBI and 4 Home runs. She is now 13-1 from the circle with 144 strikeouts in only 89 innings of work. She had two strikeouts against the Lancers but the tone of the game was deciding early on.

Izzy Armijo doubled to the fence with one out and then Nielson walked to put two on for Sabino in the top of the first but Alyssa Aguilar settled down and induced two pop flies to end the threat. It was the last real chance for the Sabercats the rest of the way with only three hits given up while collecting 11 strikeouts against the vaunted Sabino lineup. Aguilar is now 11-0 on the year with 86 strikeouts in 64 innings with almost 25 percent of her strikeout total coming against Cienega and Sabino in her last two outings.

The Lancers bring lots of bats and RBI from freshman Anyssa Wild and sophomore Krista Martinez in the bottom half of the inning helped put the team up for good at that point with a 3-0 run with one run unearned. Wild went on to finish 2 for 4 and Martinez hit a walk-off home run in the sixth inning for the 10-0 victory.

Look for the Sabercats to grow from this as the team heads into the state playoffs with Ashley Stewart right there with Nielson with a .545 batting average and 19 RBI and Armijo with 17 RBI, 7 doubles and 3 home runs. It will be a team effort the rest of the way for sure with the first round of the state playoffs set for Saturday, May 8 at 10 a.m.

The higher seeds in the 3A Conference will host the first two rounds before heading off to the Rose Mofford Sports Complex in Phoenix but Salpointe is hoping to host all the way through the semifinal round based on the rules of the 4A Conference. The championship site has not been determined.