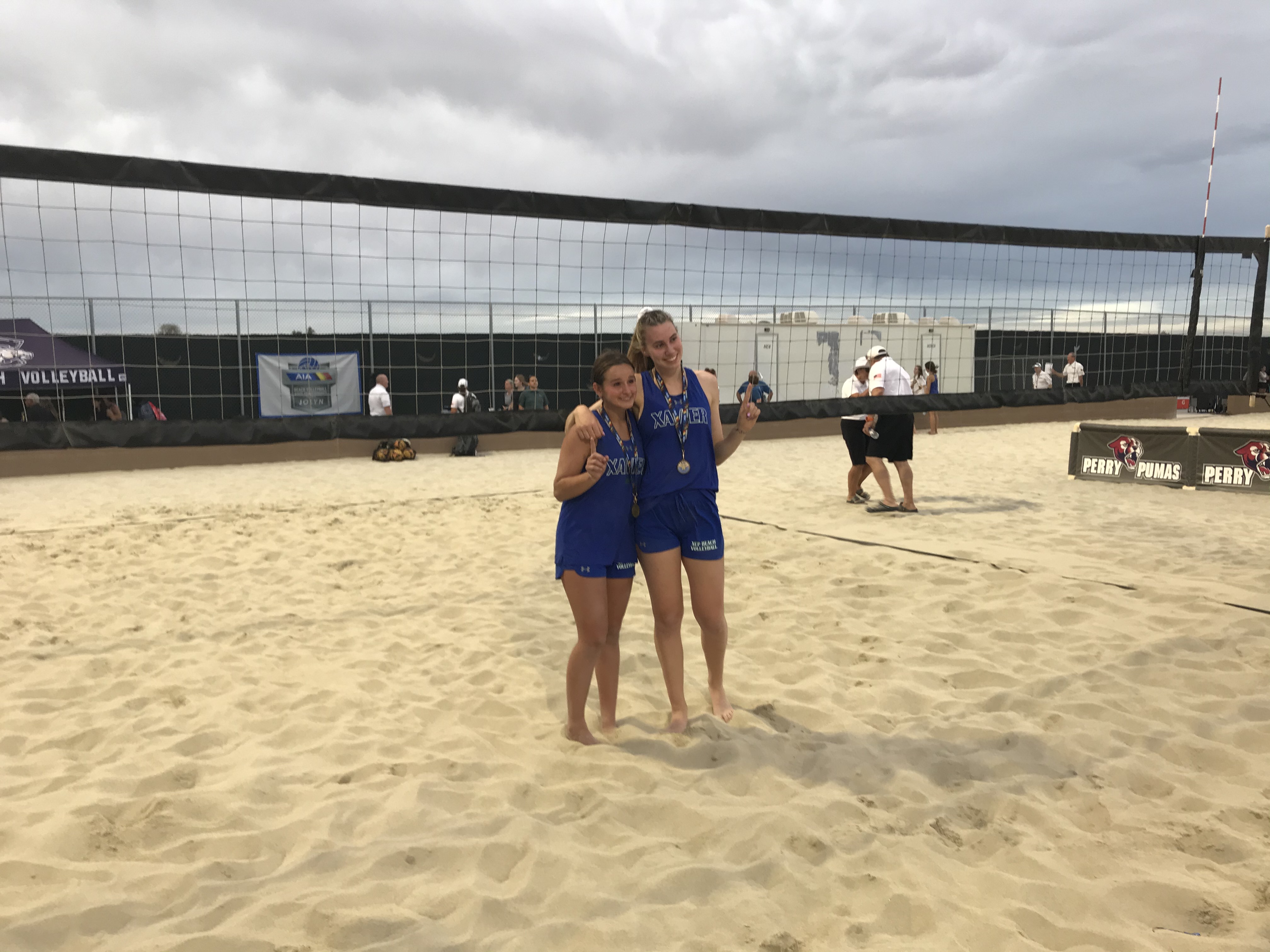 #2 Xavier Prep's top beach volleyball pair - senior Serena Turner and sophomore Summer McCann - were wary when it came time to face off Thursday evening against #5 seeded Desert Mountain's senior team of Rylee Achtzehn and Alexis Peck. Desert Mountain's duo vanquished top-seeded Basha's twosome of Haley Carrington and Mehgan O'Meara in two sets with a rather stunning 21-12 win in the first set and 24-22 in the second.

It was the first time Xavier and Desert Mountain advanced a team to the finals of beach pairs. AIA sanctioned beach pairs tournaments began in 2018 with Corona del Sol and Desert Vista winning titles in 2018 and 2019, respectively.

While Xavier was wary it proved that didn't mean bashful. Turner and McCann pulled away mid-first set to win the opening set and finished in precision style in the second in sweeping Achtzehn and Peck, 21-15, 21-10 to claim gold medals in the D-I tournament at Casteel High School.

Xavier won the team beach team title a week ago - its eighth in nine season since the ever-growing sport was played initially for a sanctioned title in 2012. Thursday's triumph was its first in three appearances in beach pairs competition.

Xavier coach Tim McHale, who has guided the beach program to six of its eight titles and indoor Gators volleyball to six crowns, now has one in pairs thanks to Turner-McCann. McHale was pleased with the play of his pair more the latter part of the first set on.

"We talked about not letting this come to them and instead go out and take it," McHale said. "The second set they were very dialed in."

Xavier never trailed in the first set and for that matter the entire match. They didn't have large leads halfway through the first set, but that changed with the score 12-11. A 5-0 run paced by two nicely placed Turner kills and three aces by McCann broke it open.

Xavier began the second set bolting to an 8-1 lead. Turner and McCann alternated scoring with kills and aces and Turner was excellent in blocking a bevy of kill attempts. Xavier's lead was 16-8 when a sampling of its torrid play increased the margin to 20-8. The small 4-0 run was a McCann kill, Turner block, Turner tip kill and Turner ace. 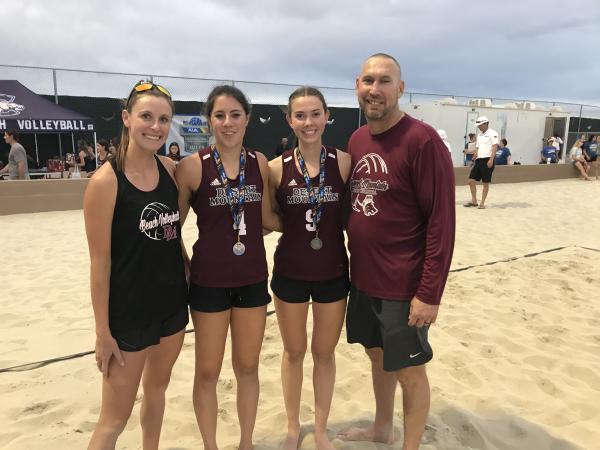