All-Star baseball games won by 5A North, 6A South 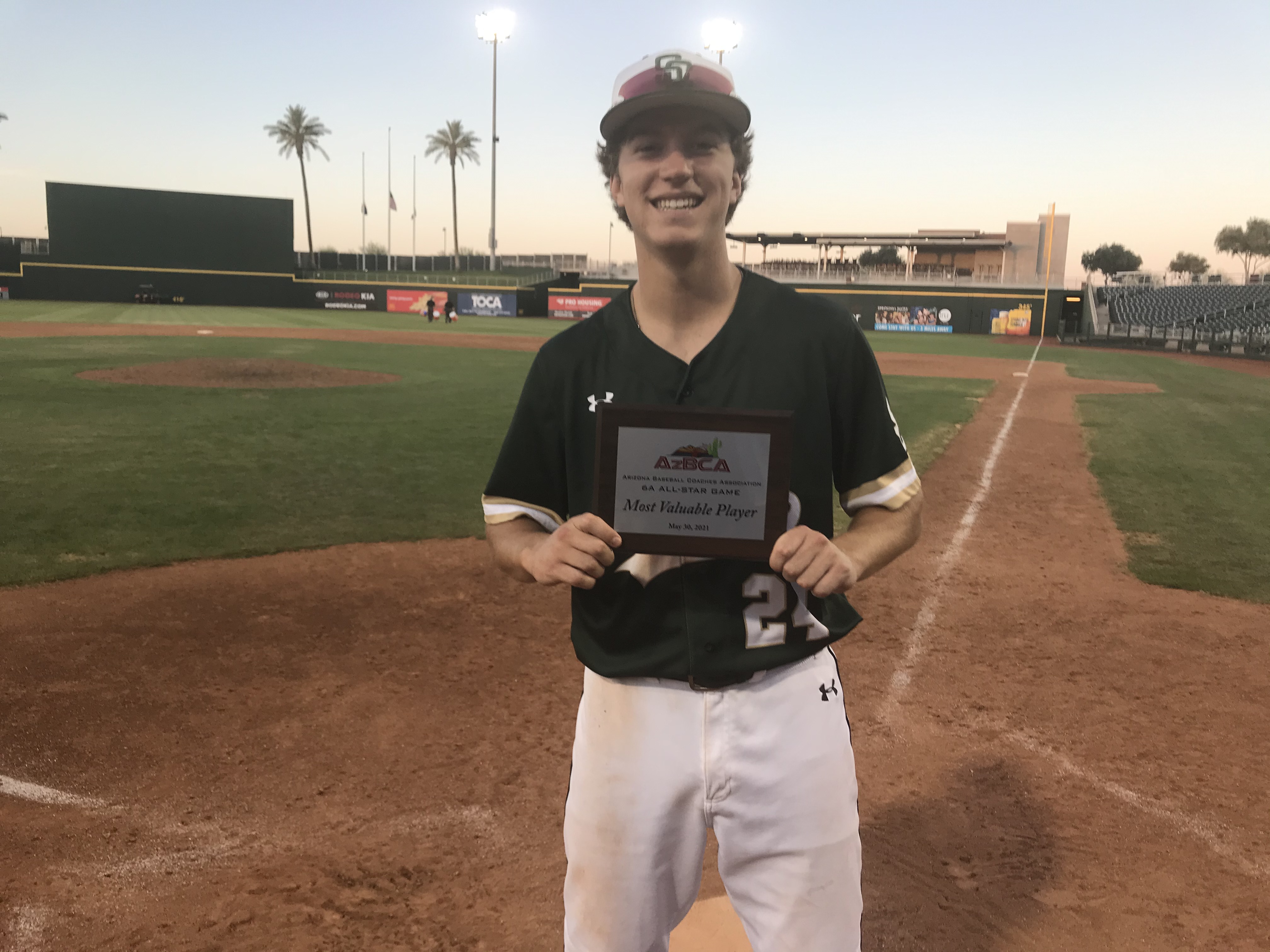 A slow start to the day for 6A South infielder Patrick Herrera finished with a flourish. Herrera's second hit and second RBI of the game snapped a 5-5 tie in the bottom of the eighth inning on Sunday pushing the South past the North, 6-5, in the final game of five Arizona Baseball Coaches Association All-Star clashes this weekend at Goodyear BallPark.

Herrera lined a sharp two-out single off the tip of the centerfielder's glove scoring Brophy's John Clasen from second for the game-winner. Herrera, batting in the leadoff spot, struck out looking and swinging his first two at-bats. He walked an scored in the fifth and delivered an RBI single in the sixth prior to his decisive hit. Herrera was selected game Most Valuable Player making for a thrilling day for his teammates and South coach Pat Herrera, Patrick's dad.

The game was see-sawed with the North leading 3-0 after three only to see the South score in each of the fourth, fifth and sixth to take a 5-3 lead. The North evened things with two runs in the top of the eighth thanks to Tolleson's Tommy Urbina's RBI single and sacrifice fly by Corona del Sol's Zach Kress.

Desert Ridge pitcher Tanner Bradley worked the eighth inning for the North and picked up two quick outs. Clasen, who was 3 for 4 to lead the South's 1-hit attack, then lined his final hit and hustled to second when the ball was bobbled. That extra base was huge as it put him in scoring position. Herrera made that extra base hurt with his knock. The South had two more players with multiple hits - San Luis's Pablo Garcia (2 for 4) and Hamilton's Luke Thiele (2 for 4). Thiele handled seven chances at short flawlessly.

The South's rally from a 3-0 deficit was aided greatly by the Basha pitching tandem of Cayden Musgrove and Ethan Gibbs. Musgrove threw a perfect fourth and fifth with three strikeouts and Gibbs followed with zeroes in ths sixth and seventh and two Ks. Combined they allowed one base runner - an infield single off Gibbs in the seventh.

Leading the North offensively was Sandra Day O'Connor's Barrett Skaugrud (3 for 4, including a double and two runs scored). Desert Vista's Beaun Ankeney was 1 for 2 - a two-run double in the three-run third. The best pitching line for the North came from Alhambra's Daniel Avitia. Avitia started and threw the two perfect innings. Westwood's Jesus Valencia was the winning pitcher having worked the eighth inning.

The 5A North All-Stars took full advantage of a two-out error in the top of the ninth to score three times and rally past the South, 5-3, in the early game of two Sunday at Goodyear BallPark.

A routine flip for a force at second for what could have been the final out was mishandled at third, giving the North another chance to tie or go ahead trailing, 3-2, with two runners on. Cactus Shadows Cole Caruso tied it at 3 with an RBI single and Willow Canyon's Nathan Catanach broke the tie with an RBI single. Caruso came around to score the fifth run and final run of the rally on a wild pitch. Caruso was named the game's Most Valuable Player. 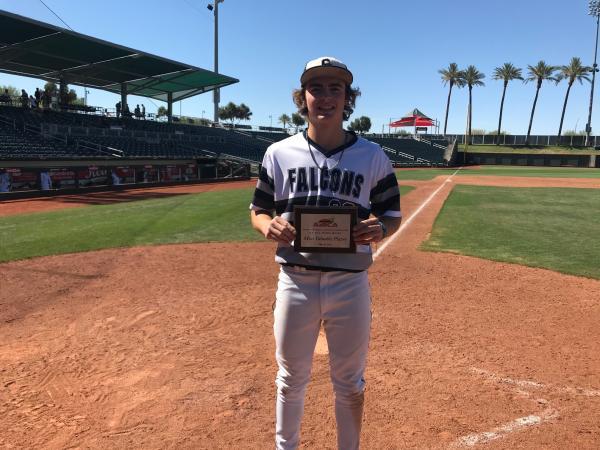 Central's Alfonso Celaya came on to close it out for the North, battling through a jam to earn the save for Paradise Valley lefty Rob Liddington. The South had pushed across two runs in the bottom of the eighth to lead for the first time, 3-2. Verrado's Jake King laced a one-out triple off Liddington and Campo Verde's Cade Bemis followed with a double for a 2-2 tie. The go-ahead run scored on Camp Verde's Jayden Smith's (2 for 4) RBI single to left.