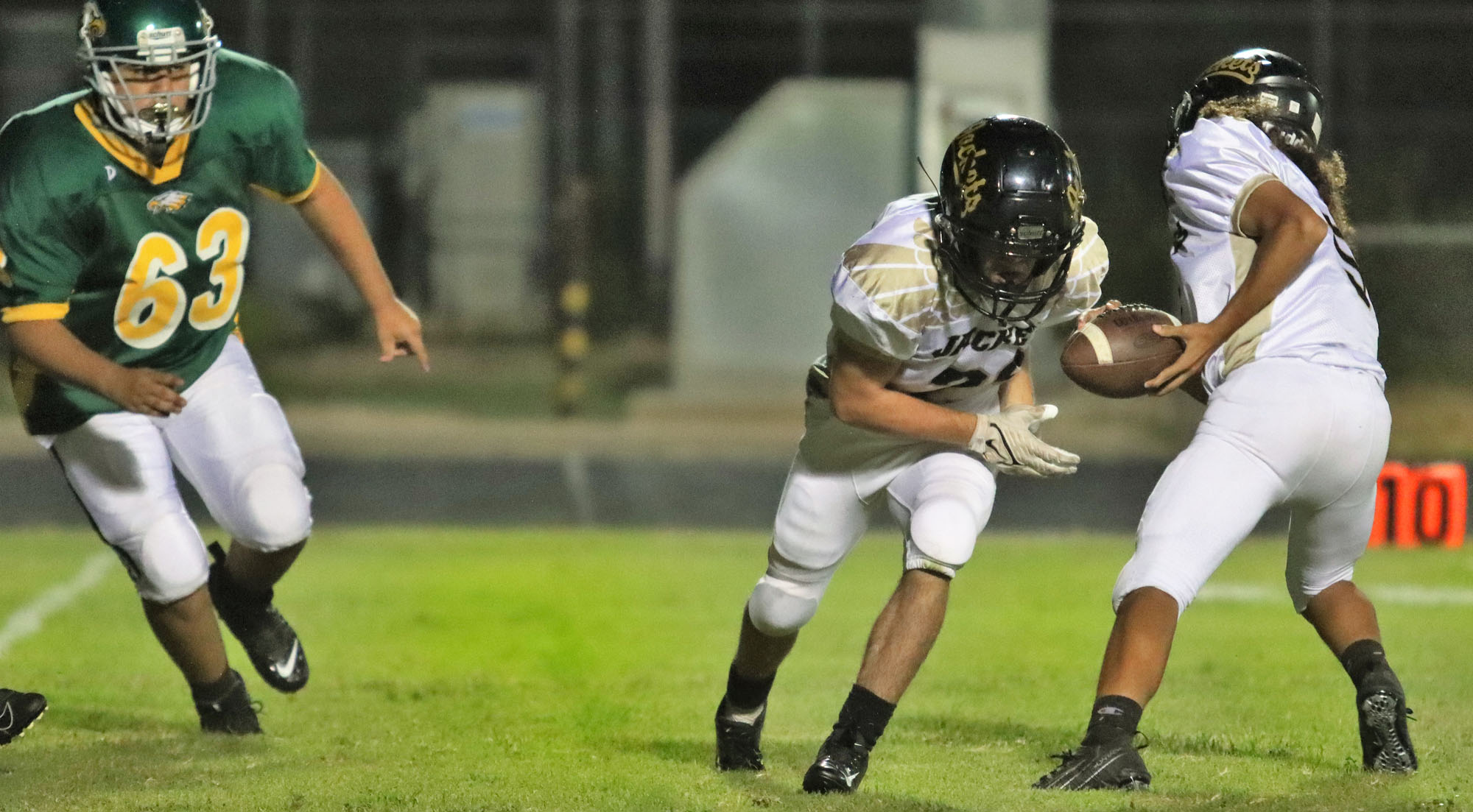 Tombstone won for the first time since 2019 after beating Santa Rita 42-0 Friday night on the road and the Yellow Jackets did most of their damage with senior Jaremy McCoy running for big gains on his birthday.

McCoy finished with 133 yards rushing with touchdown runs of 35, 36 and 46 yards but the table was set by 10 seconds into the game with Dometrious Fenning returning the opening kick 75 yards to give Tombstone a lead the team would never give up.

The Yellow Jackets got the ball back a few minutes later after forcing a turnover on downs and freshman QB Aliaz Dyson hit fellow freshman Damian Elias from 13 yards out to make it 16-0 with a couple of 2-point conversions thrown in. J’miah Wallis came up with an interception a few plays later and Fenning ran the ball in from 11 yards out for a 22-0 lead.

The first of two lengthy lightning delays came next and then McCoy took over. There was talk of ending the game at the half due to the hour delay with more lightning coming in, but the two teams played on until an injury to Santa Rita junior Lennox Pye with 1:11 left in third forced another lengthy delay on the field. It is unknown the extent of his injuries but caution took precedence and the teams were sent off the field at that point.

Pye had well over 100 yards in return yardage for the Eagles and he set the team up several times in Tombstone territory but the team was unable to cash in on the short field position.

This was the first victory for Tombstone in ten tries with the last win coming against Santa Rita at home on Oct. 18, 2019. The Eagles only played two games last year and Tombstone played seven. Friday night also introduced two coaches with legendary Tom Joseph leading the Eagles and Dominik Bonilla taking over at Tombstone.

"We battled mother nature and other obstacles tonight," Bonilla told his team. "Next week will get tougher and we better be ready."

Joseph won a state championship with Mesa Mountain View in 2002 and he has three other championship game appearances including a triple overtime loss to Hamilton in 2003. Bonilla played for another legend in Mike Hayhurst at Tombstone. Hayhurst passed away on May 30.

Things will not get any easier for the Eagles with a trip to 2A runner-up Benson scheduled for next Friday and Tombstone hosts Chandler Prep. 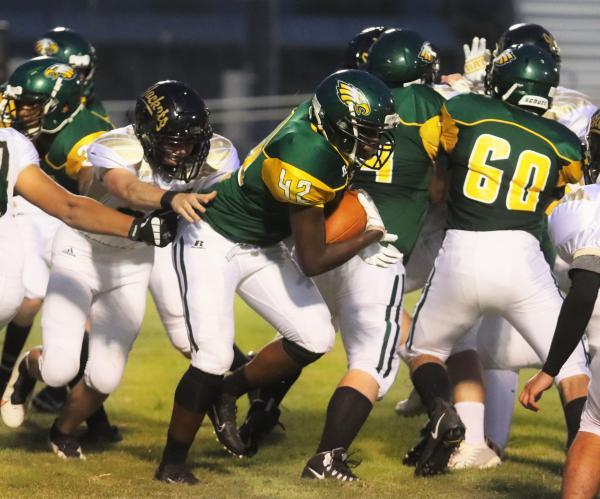