Marana over Mountain View in the Battle of the Boot 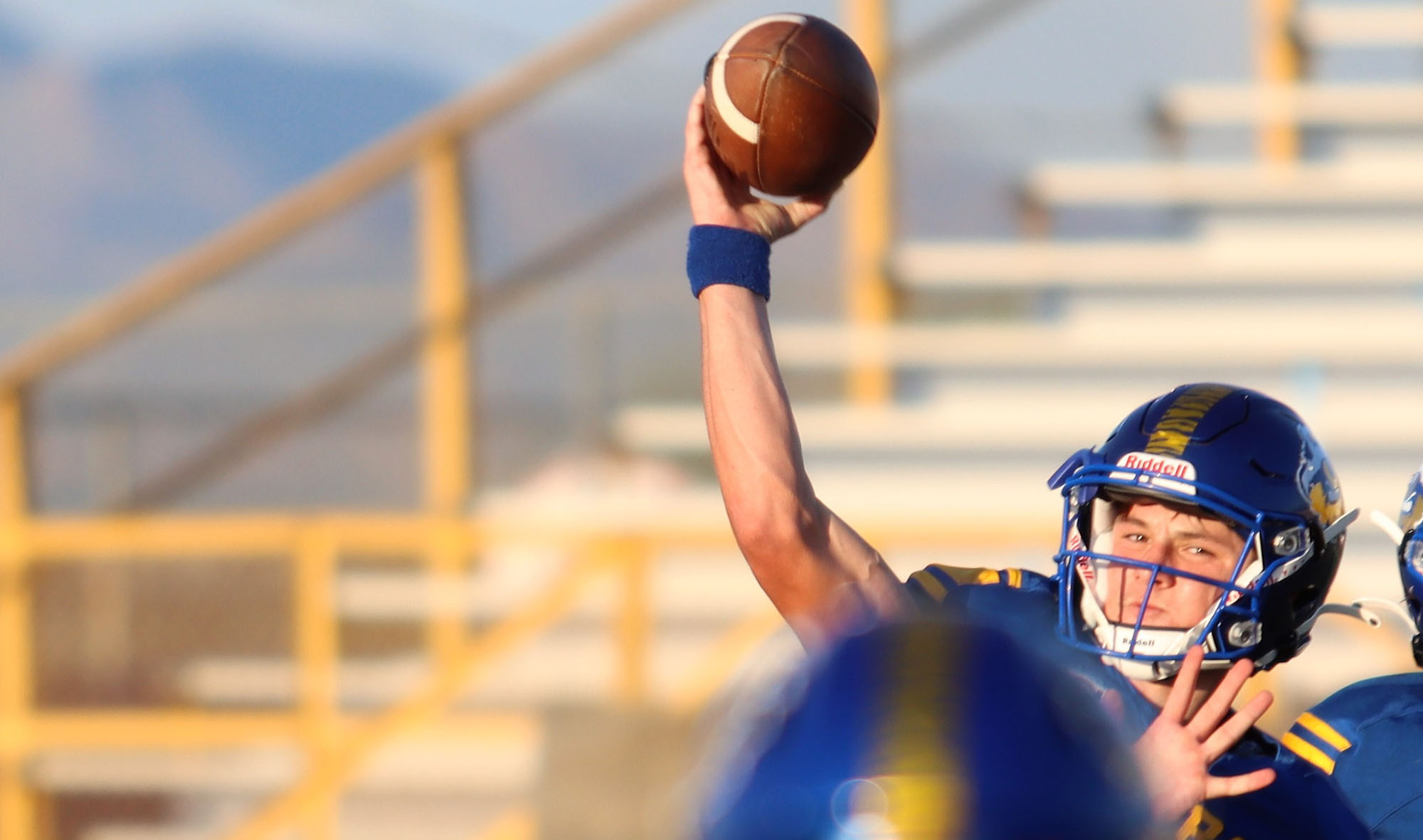 The Bronze Boot is on the other foot after Marana beat Mountain View 13-12 at home Friday night. Mountain View still holds a 13-3 advantage in the district rivalry but the Mountain Lions had to return the trophy to its original owner after the mistake-filled game was decided in the final moments.

Marana struggled to move the ball in the first half while giving up the ball on downs three times but that all changed in the fourth quarter when things started to come together with Matt Jensen picking up big chunks of yards on the ground and Elijah Joplin finding his targets through the air.

Down 6-0, the Tigers went on an impressive 86-yard drive to start the final quarter with Jensen putting Marana up 7-6 on a 14-yard dash. Jensen finished the night with 88 yards on nine carries with more than half of those coming in the fourth quarter.

Mountain View, on the other hand, had a long drive stall in the first quarter and another in the second on bad snaps on field goal attempts. The second miscue came after a drive ended on the 3-yard line after a first-and-goal was spotted at the 6. A penalty on the 2-yard line also did some damage.

“We’re a tough team and we have to work on finishing on the line,” Mountain View QB William Howell explained. “We are going to get it done.”

It looked like the Mountain Lions were in control of the game after a 78-yard drive ate up seven minutes to start the second half, especially with Deven Sanchez scoring on a 1-yard run, but the next drive ended on downs with the team squandering another first-and-goal situation at the 5 thanks to another penalty.

That stop led to the long scoring drive by the Tigers mentioned above but Howell put Mountain View back up 12-7 on a 47-yard throw to Dillon Arvayo with 2:34 left in the game and it looked like the Mountain Lions would prevail despite missing on both 2-point conversion attempts.

Huge 15 yard penalty negates turnover on downs and Elijah Joplin scores from 6 out to give @MaranaFB a 13-12 lead 56.4 secs left #AZPreps365 https://t.co/Nuu7MlTlwj pic.twitter.com/sMpAlZsWYW

Joplin finished with 207 yards passing with Sam Brown pulling down 89 of those and Jenson pulling in 50 more but the big play of the final drive came on an incompletion on a fourth down that appeared to seal the win for Mountain View but a 15-yard penalty on the play put Joplin back in business. Jensen ripped off a 22-yard run and then Joplin ran it in from 6 yards out to put Marana up 13-12 with 56.4 seconds left.

“It’s our biggest rival and it’s our goal every year to beat them,” Joplin said. “I was excited and happy when I saw that hole for me at the end and I can only describe my team as great teammates who never get down.”

Howell finished with 134 yards passing and Arvayo finished with 88 yards receiving but the two were unable to connect in the final minute and the clock ran out with Mountain View at midfield. Lloyd Johnson was the workhorse for the Mountain Lions and he finished with 109 yards rushing on 25 attempts. Mountain View (0-1) will have two weeks to prepare for a trip to Sahuaro (0-0) but Marana (1-0) will head back out next week at Tempe (0-0).

BATTLE OF THE BOOT 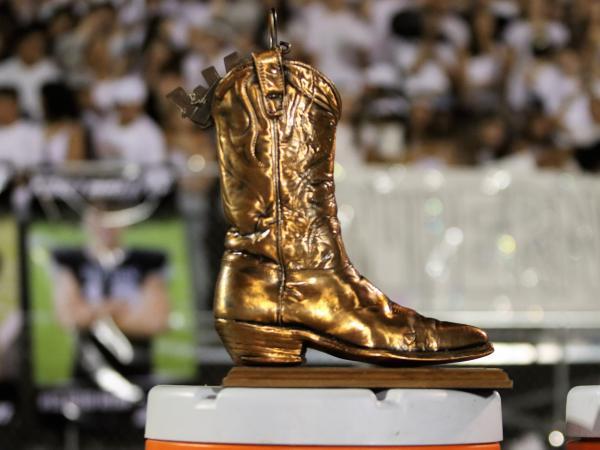