Salpointe holds on in 30-22 win at Cienega 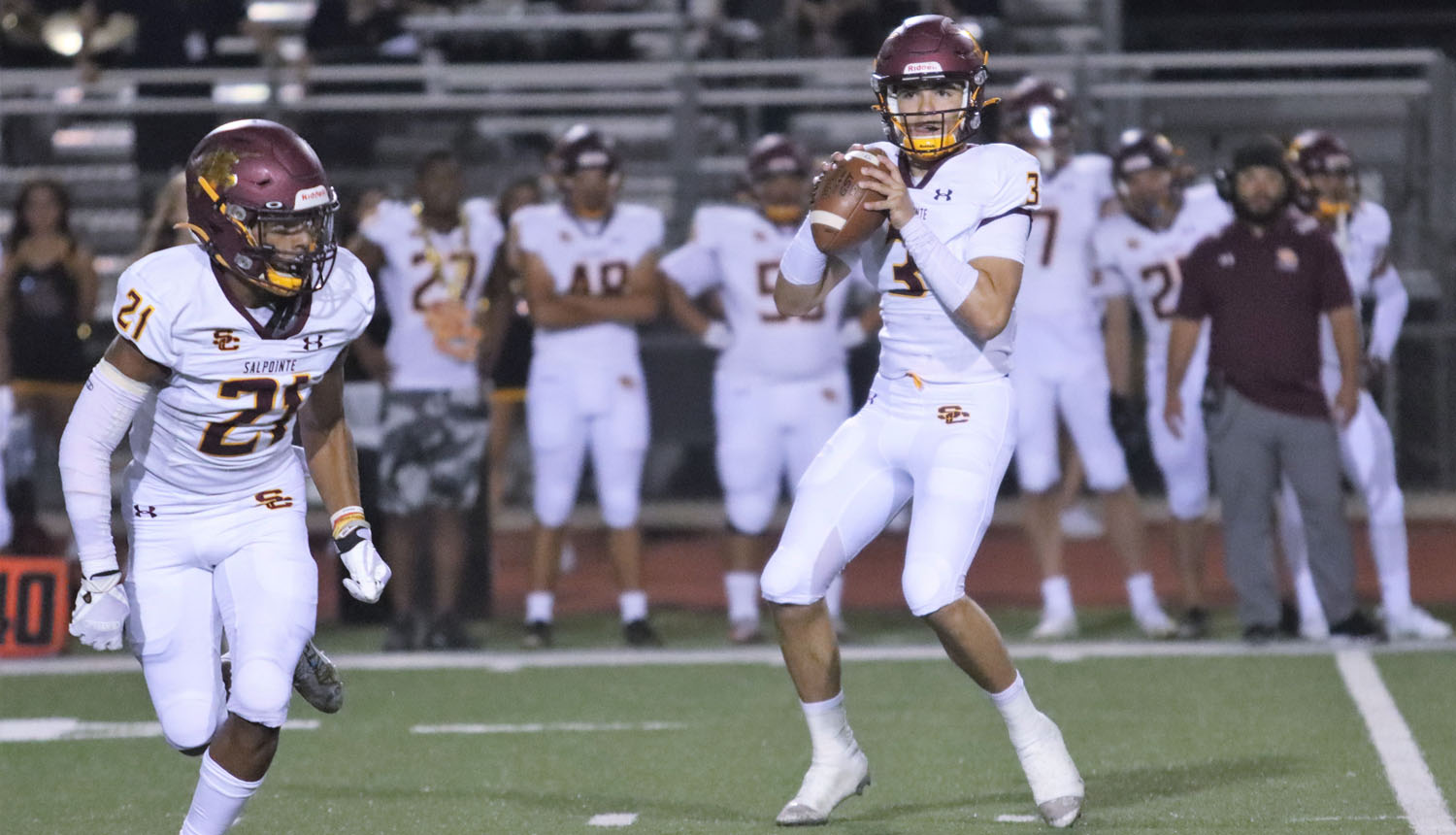 Salpointe improved to 2-0 on the year after holding on 30-22 at Cienega Thursday night. It was the first victory for the Lancers over Cienega since 2006, with the Bobcats ripping off three big wins in a row over Salpointe during what is now known as the “Jamarye Joiner” era. Joiner is a standout receiver with the University of Arizona now and there is no one left from the rivalry that ended abruptly in 2017. Even the coaches have moved on.

Pat Nugent left Cienega (1-2) last year to head up the new Mica Mountain (0-0) program in Vail and Justin Argraves moved over to Cienega from Tucson High (0-1). Dennis Bene retired from Salpointe in 2019 and Eric Rogers took on the task of coaching the Lancers. In the time since the rivalry ended, Salpointe had a runner-up finish in the 4A Conference to go along with two semifinal finishes in the elite Open Division in what is now fondly referred to as the “Bijan Robinson” era.

Robinson, however, was not part the Lancer run to the top last year – he was already wreaking havoc playing for Texas. Instead, the Lancers turned to a new powerhouse led by Treyson Bourguet under center. The result was a 7-1 campaign that ended with a semifinal loss to Hamilton. The team only played eight games due to COVID restrictions but the game total was far more than the two games the Bobcats were able to compete in.

Bourguet to Goodman 8 yards 23-0 Salpointe 6:09 in third. Cienega was driving but huge dropped pass gave the ball back to the Lancers #azpreps365 https://t.co/JLZhlRyYBk pic.twitter.com/5W9B1KSC9m

The lack of game experience from Cienega, coupled with only three days of preparation and practice for the rare Thursday game against one of the top teams in the state, was evident early on with the Lancers building a 23-0 lead over Cienega midway through the third quarter. The Lancers, on the other hand, benefited from a bye week after taking care of Canyon del Oro 56-0 two weeks ago.

“I have to give a lot of credit to the coaches over there,” Bourguet said about the Cienega coaching staff. “They showed us things we didn’t prepare for. They are a good team with great coaches but we also have one of the best coaches in the state and 11 of the best players in the city and possibly the state.”

Argraves had some new looks prepared for Salpointe but the team failed to take care of their chances early on and tackling became an obvious issue with Bourguet and senior RB Anthony Wilhite gaining most of their rushing yardage after first and sometimes second contact.

“We talked about our tackling and we adjusted at halftime,” Argraves explained. “It was a problem for us and we knew we’d have to do some different things because of their number 3 over there (Bourguet). We’re learning to come together as a group and that takes times, especially with a new coaching staff.”

The Bobcats appeared to come together rather quickly after Bourguet rushed for a touchdown and threw two more TDs to go along with a 36-yard field goal from Owen Lynch to build that 23-0 lead. Wilhite gained most of his 86 yards rushing in the first half and Bourguet was limited in a few drives during the comeback.

Ritchie McCormack gave the Bobcats life on a 6-yard scoring run in the final seconds of the third quarter to cut the lead down to 23-7 but Bourguet came alive again and he hit on a 43-yard pass to Bryce Robinson to put the Lancers up 30-7 and it looked like the game was over at that point.

Fumble puts @CienegaFootball in business. Cherry to Watson plus 2point cuts the @SCLancerNation lead to 30-22 7:07 in game #AZPreps365 https://t.co/kBtUQu5GQK pic.twitter.com/3vseUuPYKJ

Salpointe fumbled deep in Cienega territory on a bad snap and Cherry found Keron Watson on a scramble to cut the lead down to 30-22 after a successful 2-point conversion with 7:07 left. The Lancers were forced to punt and the Bobcats were driving once again after a big return on the punt but a fumble gave the ball back to Salpointe. The Lancers were able to run the clock down to 1:20 before punting away once again. It was still too much time.

The Bobcats got down to the 26 with just under 40 seconds left on two deep passes but Antonio Martinez came up with the third interception of the night for the Lancers to secure the victory on a throw that just missed an open target in the endzone. It was that close.

Cienega will have a bye week before hosting Campo Verde (1-1) on Oct. 1. The Coyotes will play at Ironwood Ridge Friday night so the Bobcats coaching staff will have an opportunity to watch the team up close. The Lancer staff might also be in attendance at that game because the Nighthawks are slated to visit Salpointe next Friday on Sept. 24 which is billed as the AIA Game of the Week.

Cienega gets it back but Martinez INT in the end zone ends it @SCLancerNation 30-22 https://t.co/Q3ow500OwS pic.twitter.com/HSPX7k7YjY 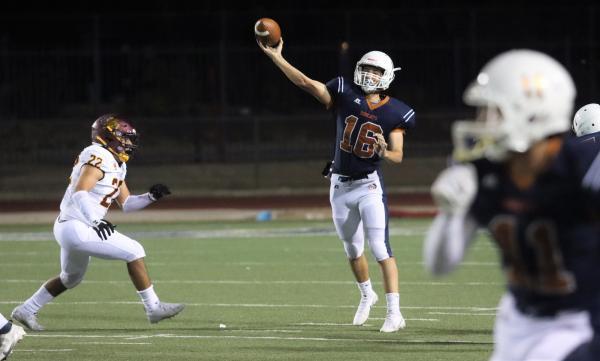