Benson advances to the 2A Quarterfinals 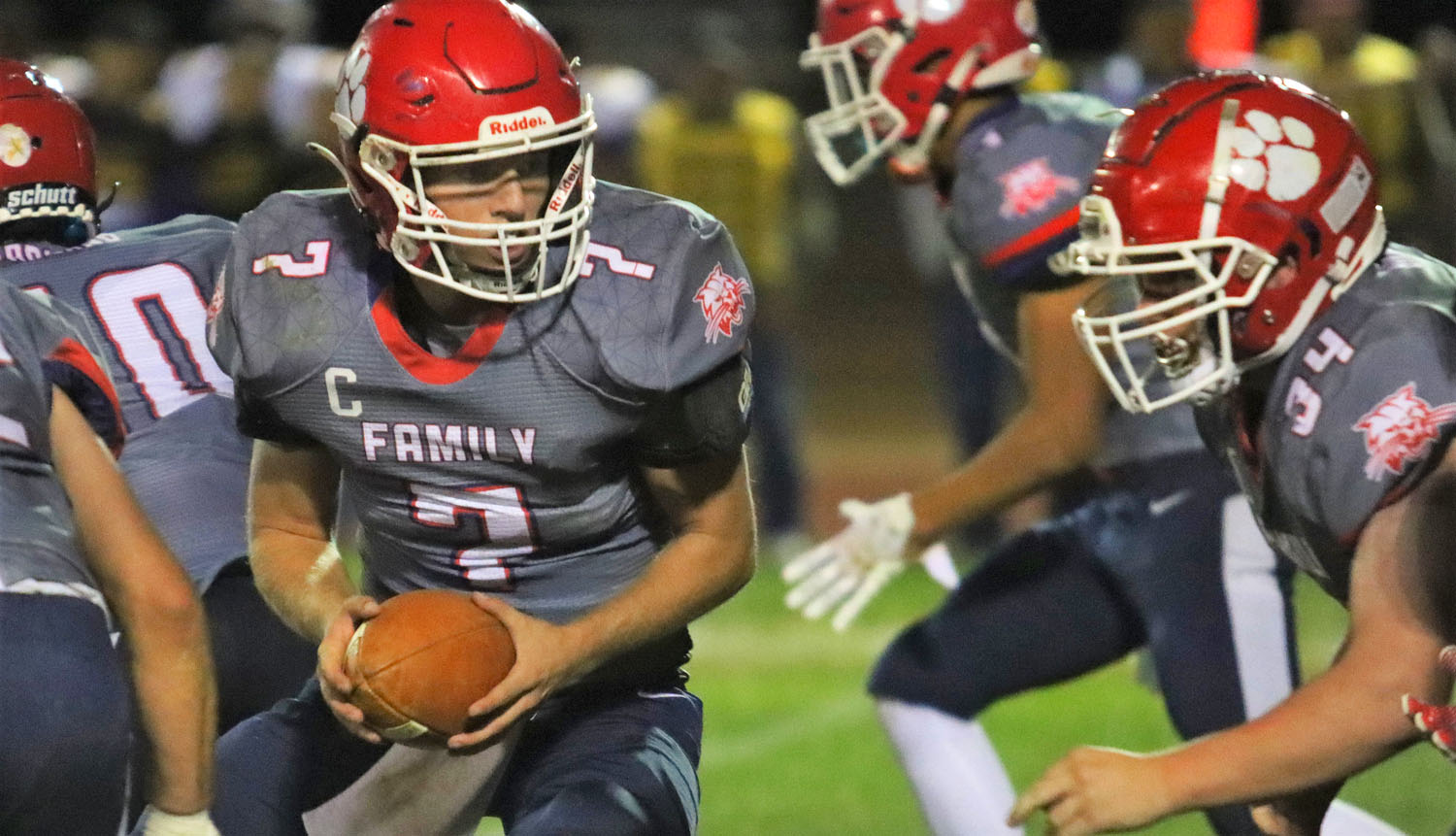 Benson made it to the 2A state final last year without the benefit of one single senior on the Bobcats roster and that youth has championship experience that a coach cannot duplicate under any other circumstance and that experience was on full display Friday night where No. 3 Benson beat No. 14 Sequoia Pathway 49-7 to advance to the quarterfinal round for the fourth year in a row.

“I know that experience matters a little bit and we've got all the extra guys out tonight so they could experience what it's like to have the playoff atmosphere and it does make a difference,” coach Chris Determan explained.

No. 11 St. Johns upset No. 6 Camp Verde 28-0 to set up the quarterfinal at Benson next Friday night and it will be the first meeting between the two schools since St. Johns beat Benson 28-25 in 2019. The St. Johns victory at Camp Verde was the only upset in the 2A playoffs.

Benson (8-2) controlled the game against Sequoia Pathway (7-4) from the beginning after the Pumas gave up the ball on downs and the Bobcats scored on a 25-yard pass from Brok Determan to Tristan Martinez with 6:47 left in the first. An onside kick followed and Angel Rigney fell on the ball to out the Bobcats back in business.

Devin Bowling scored from 6 yards out to make it 13-0 three minutes later but Tyshaun Mooney cut the lead down to 13-7 on a short run of his own to bring the first quarter to an end. The Bobcats responded with a scoring run from Jace Barney with a 2-point conversion from Determan to Aiden Finch to make it 21-7 with 11:33 left in the half.

Wyatt Wilharm pulled down a 28-yard pass from Determan to make it 28-7 with 3:24 in the second but the game was delayed for almost 35 minutes due to an injury to Mooney. Mooney left the field with 79 yards rushing on 13 carries and it is unclear the what the extent of his injuries are but it was difficult for the Pumas to move the ball from that point.

Rigney returned an interception 56 yards after play resumed to make it 35-7 at the half. Barney scored again with 10:32 left in the third quarter and then Martinez ran the ball in from 21 yards out for the 49-7 final with 7:30 left in the third. Benson emptied the bench and a running clock kept the score stable from there.

“I thought it was actually going to be like a tighter game but we played really well,” Determan added. “I thought they looked really good. I don't know who we play next but when we find out for sure we will keep working to get better.”

Jyrie Gamble showed some spark for the Puma slate and he ended the night with 49 yards rushing on five attempts. The Pumas were limited to 14 yards passing on three completions out of 8 attempts with two interceptions. Determan finished with 53 yards passing on 2 completions with both going for touchdowns. Bowling rushed for 140 yards on 15 attempts and Barney had 86 yards on 10 carries.