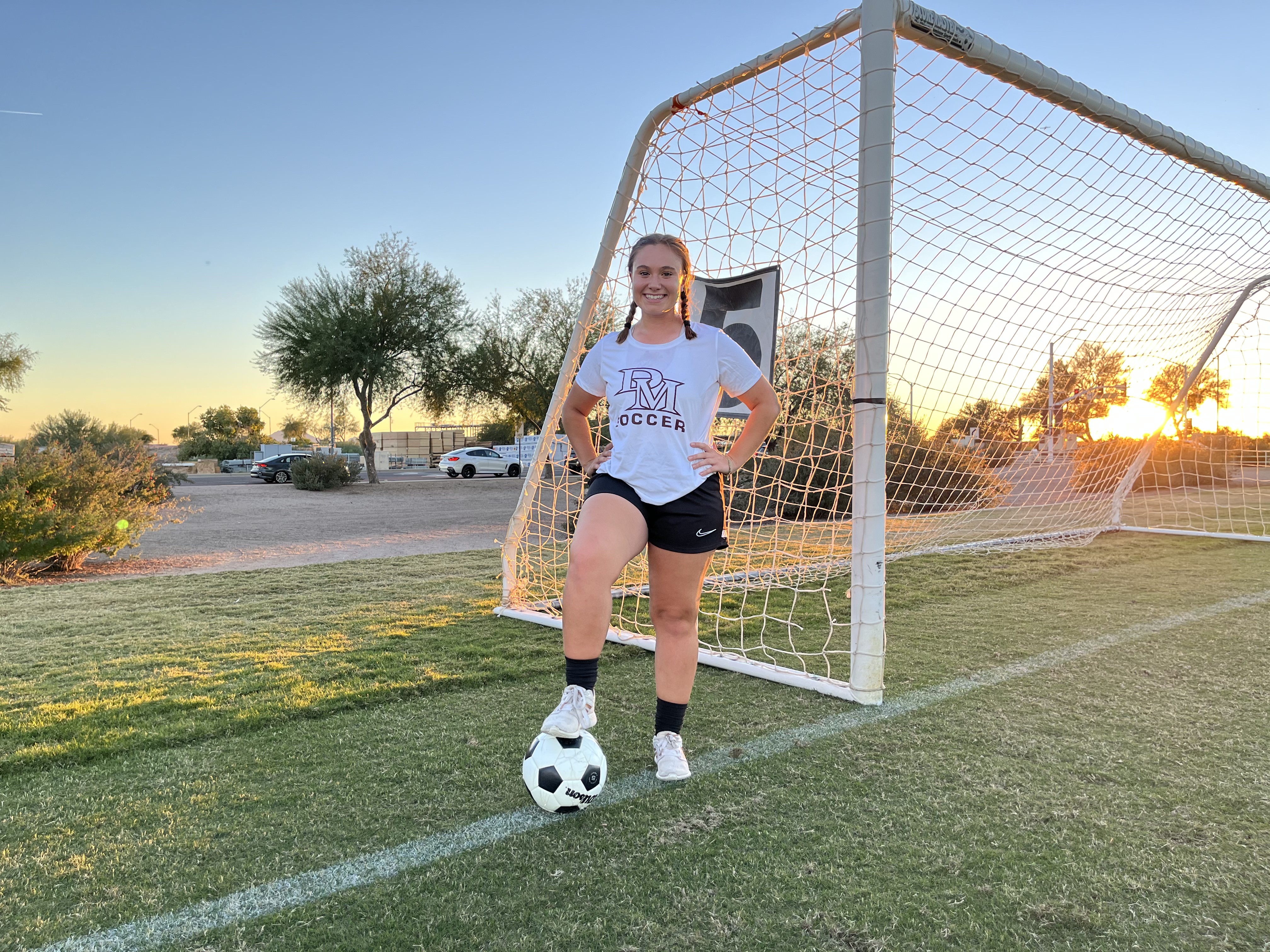 Baylor Vrabel, co-captain of the Desert Mountain girls golf team, has been playing sports all of her life. Now, she plays sports all year-round for the Wolves.

Vrabel just finished her fourth and final season of girls golf for Desert Mountain. She also plays soccer and softball competitively and played those sports for the Wolves in years prior. Vrabel has played softball for three years and JV soccer for one year.

Vrabel enjoys playing soccer and recently made the varsity team at Desert Mountain. Their season opener is Dec. 2 against Sierra Linda. Vrabel has played the sport since she was 5 years old, including competitive club soccer until she was 14.

“You know when you’re younger and you have that one toy that you love? The cooler toys or the more expensive toys don’t matter, you’ve had that [one toy] for so long … there’s so many good memories with it that nothing can really beat it out. That’s soccer to me,” she said. 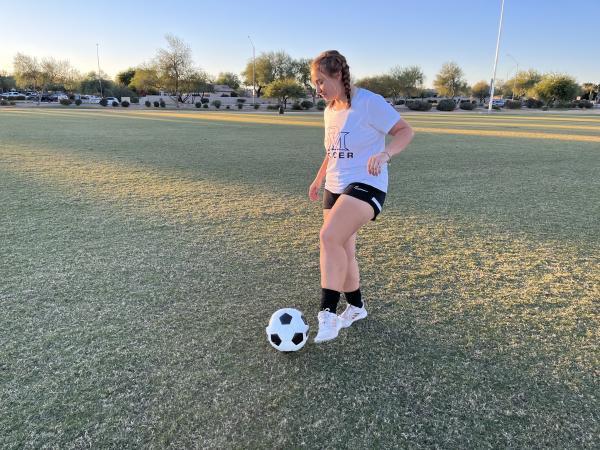 Baylor Vrabel practices soccer at the Scottsdale Sports Complex. (Kaitlyn Parohinog/AZPreps365)Vrabel played club soccer and traveled with her team for several years until she broke her ankle when she was 14. She remembers telling her mother, Amy Zastawny Vrabel, how the two of them would be unable to make a family birthday party that evening because they were in the emergency room.

Gary Vrabel, Baylor’s dad, recalls taking her to the emergency room to get her ankle X-rayed. Baylor ended up going into surgery to repair a broken ankle by putting two pins in later that evening.

Baylor considers her dad as one of her biggest role models in playing sports. He has traveled with her soccer team to several states on the West Coast. He has also made a lot of memories with her by traveling across the country watching baseball games with her. 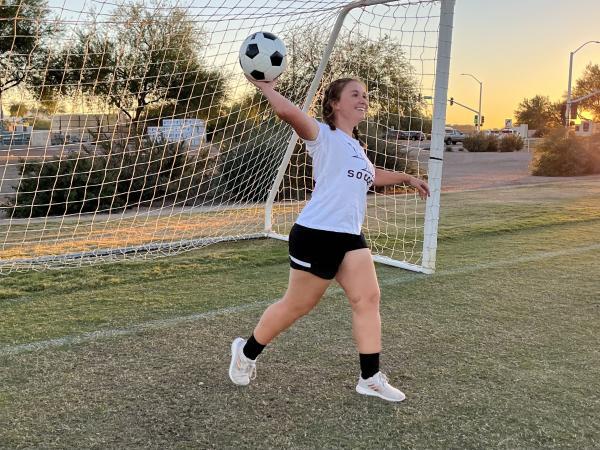 Baylor Vrabel looks to toss the ball to her dad. (Kaitlyn Parohinog/AZPreps365)Gary remembers one time during spring training, Baylor got an autograph from a player on a bright, neon green softball and proceeded to give the ball to her softball coach at the time.

“She brought one of those [softballs] down and made one of the baseball players sign it and they were a little shocked,” Gary said.

“I told her you have to get joy out of it, it’s not for me. I enjoy watching it, but you’re playing for you,” Gary said.

Gary has taught her to understand the importance of teamwork and building relationships with those around you.

“Whether it's with your family or at work … the individual accomplishments are great, but if the team’s not moving with you, it’s just not as enjoyable,” Gary said.

As a senior this season, Baylor received the honor of being voted a co-captain of the girls golf team by her teammates, alongside junior Madie Hepner.

The two have worked together the past two years and have developed a strong chemistry with each other. Hepner has helped Vrabel grow her golf game and lead her through the season.

“It was really nice to have that help and support from her because it’s not an easy job, there’s a lot of responsibility,” Vrabel said.

Hepner enjoyed having the opportunity to have Vrabel as a role model and mentor through her first three seasons of high school golf.

“I got to learn a lot from her, leadership-wise. She knows more about leadership and sports … it was just really cool to learn from her,” Hepner said.

Vrabel says that playing sports year-round can be a hassle at times, but many teachers are very understanding as she reaches out to them for help or extensions on work.

Vrabel is looking forward to playing soccer in the winter and finishing her senior year with the softball team.