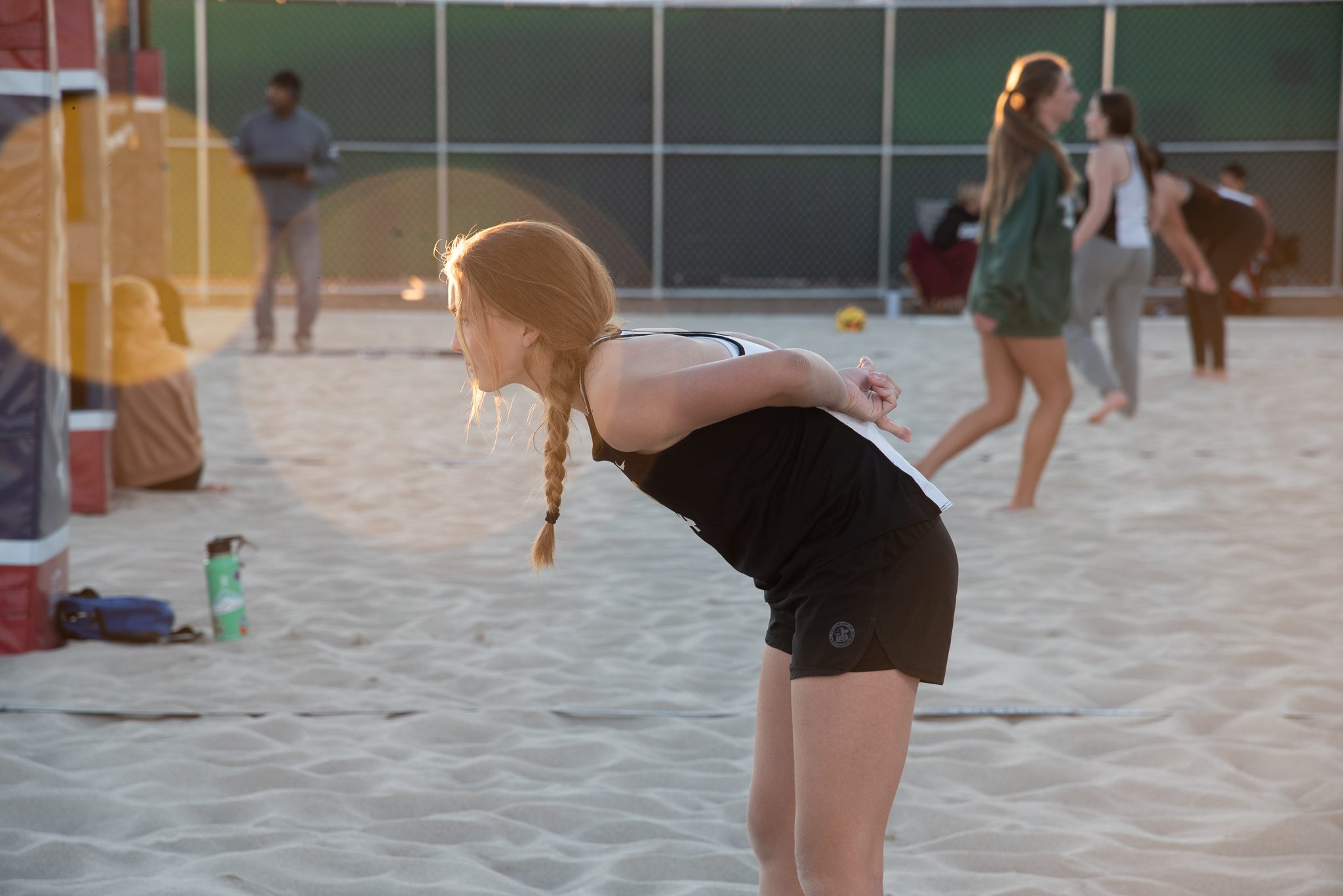 Ryley Nelson embodies all the traits of an outstanding athlete. She has proven her athletic capabilities through her cross country, beach volleyball, soccer, and track seasons at GCHS. Although she is only a sophomore, she has proven herself to be one of the most promising athletes at our Gilbert Christian High School.

After winning a mile race in fourth grade, Ryley just kept on running. Even before then, she began playing volleyball at the age of eight, and then beach volleyball at eleven. She fell in love with sports from there. Ryley says she “want[s] sports to be a major part in [her] life for a long time.” She adds that while it’s “a great feeling to cross the finish line knowing you got the top 3,” she is “always going to keep playing…no matter what.”

For running, Ryley knows she’s “racing against the clock.” Her goal this year in track is to PR her mile by shaving 7 seconds off her already 5:12 record. She is already ranked first in the 800 out of all sophomores in D1, D2, D3, and D4. Ryley says “having [her] teammates cheer [her] on at meets always makes [her] feel better because it makes [her] want to run better for them”. Just being with her teammates “lifts [her] spirits up.” Ryley is a star runner who is motivated by her friendships with other runners, and sets the example for other athletes to bond through their sports to be stronger together.

Ryley loves beach volleyball as well. She says “staying positive is a major part of beach volleyball… You can’t let one point in a match to 21 get you down.” She advises to “focus on the next point” because “you can’t change what’s already passed.” Ryley plays to win, but she also loves having fun. It sometimes motivates her to work harder to get to the other side. She says her “beach volleyball team makes the sport even more fun.The girls are amazing and [she loves] playing with [her] partner, Elli.”

A huge part of Ryley’s sports life is based around her relationship with God. “No matter what I’m doing,” she says, “it’s all for God.” No matter where she is or what she is doing, she can pray. She “asks for strength to push through” and prays “when [she’s] standing on the start line.” She loves Hebrews 12:1 and Philippians 4:13, “because it reminds [her] that God gives us perseverance and strength to do all things.”

Ryley is inspired by the beach volleyball Olympian Sarah Sponcil because she “loves how she focuses on the mental part of the sport” and when she is “losing or behind in a race, it can be tough to stay positive.”  The advice Ryley would give to any aspiring athletes following her footsteps is “don’t compare yourself to other runners. We are all going at our own pace and even though some people are faster than you, you are still improving. And if you have a bad game/race, move on. Learn from your mistakes and move on.”

Ryley Nelson is an amazing example to follow in all aspects of her life because of her faith and mindset. Come and watch Ryley run at GCS! 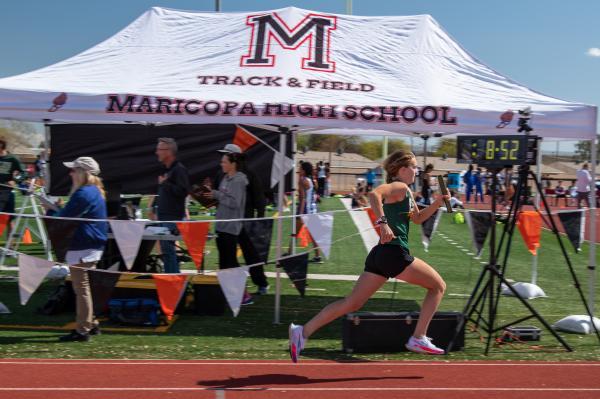 Ryley Nelson races through a relay. 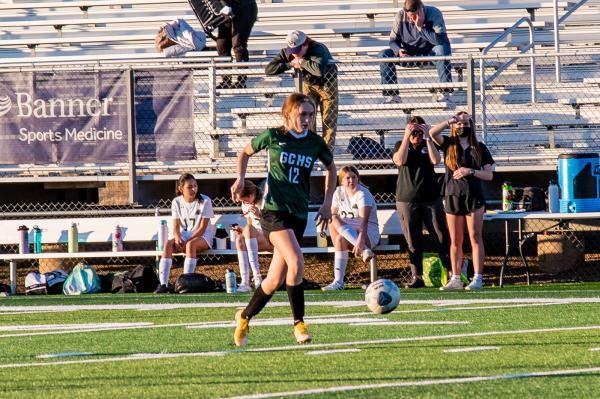 Ryley travels down the field with the ball.

Ryley and her partner celebrate during a match. Photo Credit: Mrs. Nelson 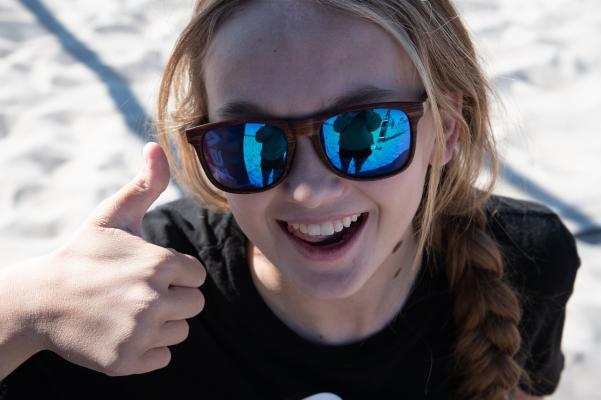