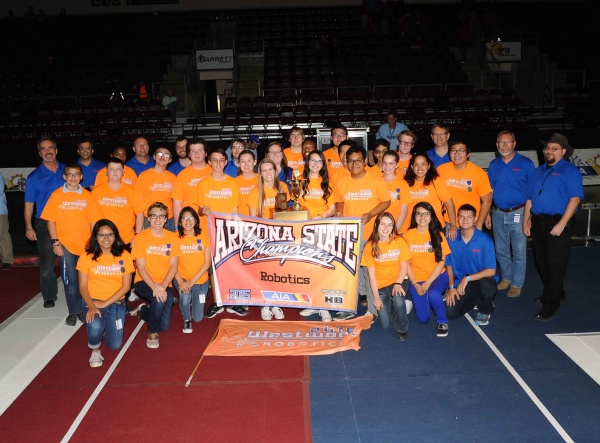 There wasn’t a tie, and it wasn’t an oversight. Welcome to robotics, the newest AIA activity in which teams need to form alliances to win the grand prize.

It sounds like a reality series, but robotics is in fact a competition, and it is spreading internationally. Arizona’s turn to show off some of its brightest minds came Saturday during the inaugural robotics state championship at the Prescott Valley Events Center.

Thirty teams competed Saturday, but only three walked out victorious. Scratch that.

By the looks on their faces, a lot of kids walked out feeling like winners now that there is another state event that can help showcase their brilliance. The alliance of Westwood, Kingman and a team comprised of Vail District students were crowned the first robotics champions of the AIA. 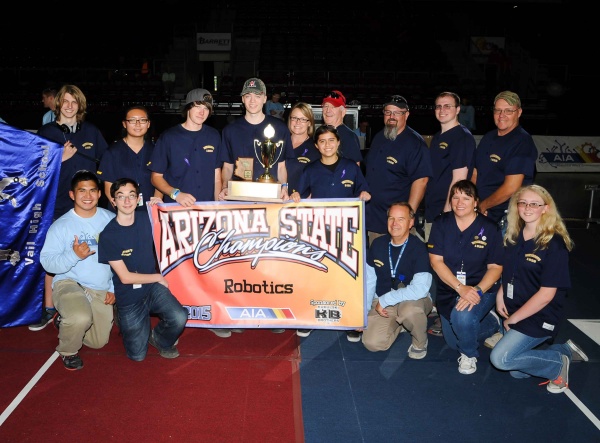 Since it earned the No. 1 seed after the preliminary rounds on Saturday, Westwood selected its alliance first to form the Red Team in the final. Teams scouted each other to see which opponents would compliment their robots just in case they reached the championship round.

In the final, the Red Team’s three robots battled with the Blue Alliance of Saguaro, Tempe Prep and the school that really put Arizona on the robotics map, Carl Hayden. Members of the famous high school robotics team of Carl Hayden that went on to beat prestigious colleges in a 2004 underwater robotics competition attended Saturday’s event.

The robots in Saturday’s finals competed in a game called Recycle Rush. Robots scored points by stacking storage totes on scoring platforms and recycling pool foam noodles, the “litter” in the competition.

To win the final round, an alliance had to win two out of the three timed Recycle Rush games. Westwood, Kingman and the Vail District team won the first two games against their opponents to win the event. 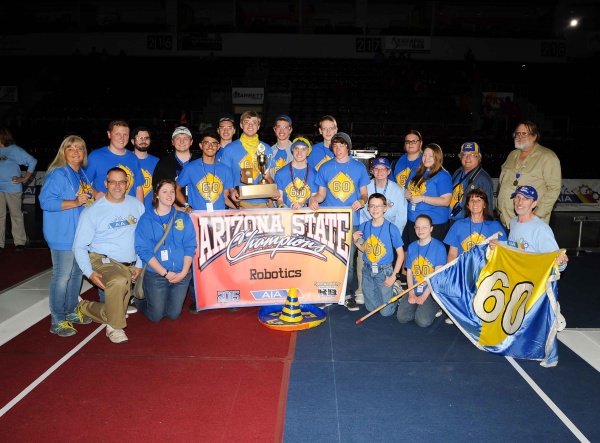 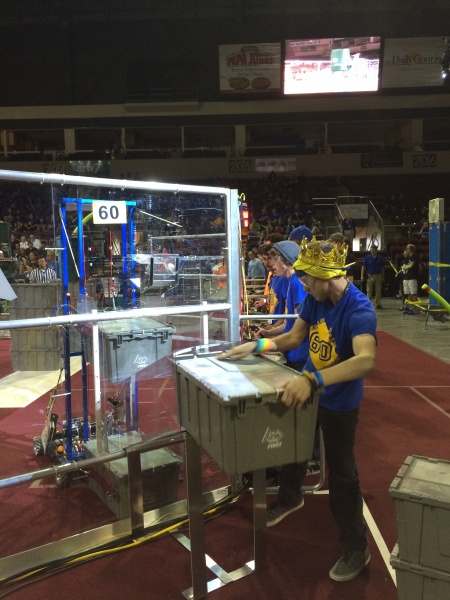 (A robotics team member of Kingman gets ready to feed his robot a storage tote. Photo by Jose Garcia/azpreps365.com)