Balancing an Athletic Budget at Millennium 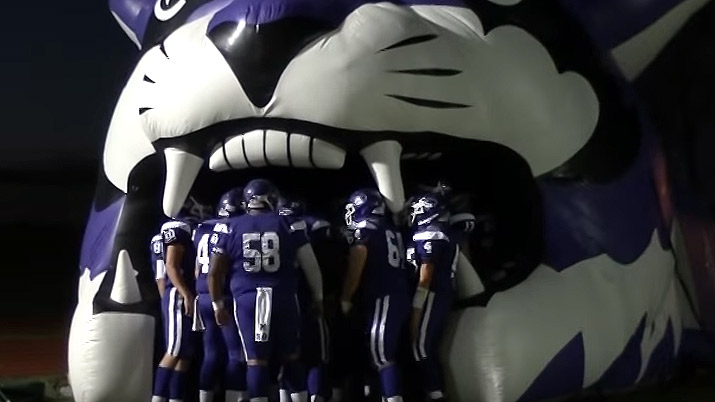 Goodyear, AZ — The uniforms. The equipment. The facilities. The coaches and trainers. Transportation. All those shiny things that make coaching, playing in and attending sporting events at Millennium High School more enjoyable.

Who pays for all of this stuff?

Every school district has its own way of managing its athletic programs. Some districts are given a specific budget for the programs as a whole, but the question is how is the budget managed and dispersed?

Remigio Gordillo, athletic director at Millennium High School, is responsible for taking care of his school’s athletic budget. Gordillo said he works to disperse the money where it is needed most.

“In a sense, we are given a couple pots of money,” Gordillo said. “The more kids you have in the school, the more money you’re going to receive.”

One of the “pots of money” Millennium receives is from the district, Gordillo said. He talked about the challenges of providing all programs with everything they need and want.

While Gordillo’s colorful term “pots of money” makes it sound like he then can just ladle money into each sport’s bowl, it’s not that easy. Those pots don’t pay for everything, and that creates challenges for each sport’s budget.

“The amount given isn’t always what it is going to cost,” Gordillo said. “Sometimes it will cost us more but at least they give us something.”

Julie Vastine, the head volleyball coach, said MHS works hard to provide for each sport but there are instances where she struggles with funding.

“There have been times where I had to be self-sustaining,” Vastine said. “This year, they bought quite a bit for us so it really depends on the year and where they [the department] need money the most.”

When looking at each sport and the needed equipment, Gordillo said each department starts by analyzing the absolute necessities. He begins by providing practice balls and game balls for every sport.

Each sport requires a certain amount of money to provide for the athletes. For football, the safety equipment is a necessity. The department needs to supply helmets and shoulder pads. On the contrary, volleyball isn’t as expensive because it doesn’t need as much safety equipment.

“Obviously, in a perfect world, all of the money would be equable and split up evenly,” Gordillo said. “The reality is that some sports cost more than others.”

The Millennium athletic programs rely on more than the amount they receive from the district. Every athlete is required to pay a participation fee of $100. The district receives 80 percent of that income and the other 20 percent stays with the school. The 20 percent that MHS keeps is put toward paying officials, game workers, etc.

The majority of the athletic programs participate in fundraising, sponsorships and strive to receive donations from their booster club or community members.

“We have amazing boosters so we usually have more money than we really need,” junior volleyball player Alana Rennie said. “We get equipment often. For instance, we receive new jerseys every couple of years, rather than every three years.”

Booster clubs are an important part of the athletic programs at MHS. The clubs consist of parents who raise money to provide for each team.

“They raise funds and operate at the discretion of the coach,” Gordillo said. “For example, if we need uniforms, the club could then fundraise to make that happen. They can also do things like getting meals donated for the teams or help set up community service events.”

On top of taking care of sponsorships, Gordillo works to benefit not only the athletic department but the entire school.

This year, he upgraded the auxiliary gym by adding new padding to the walls and installing the school’s logo on the gym floor. He also partnered with student council to get a mural painted in the gym.

“Those things don’t benefit one sport, it benefits all sports and the school as a whole,” Gordillo said. “Even if someone does not participate in a sport, they come in and see that Millennium looks good and takes care of themselves.”